Some of the press coverage re Seven Dials spanning more than two centuries.

1989—A timely place for sponsors 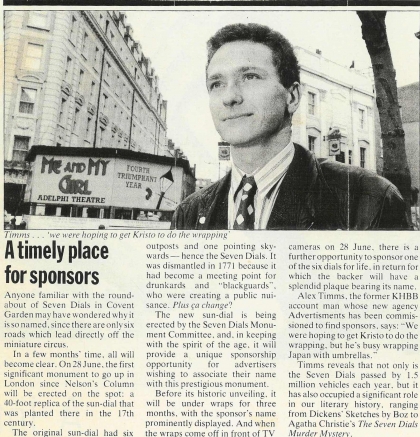 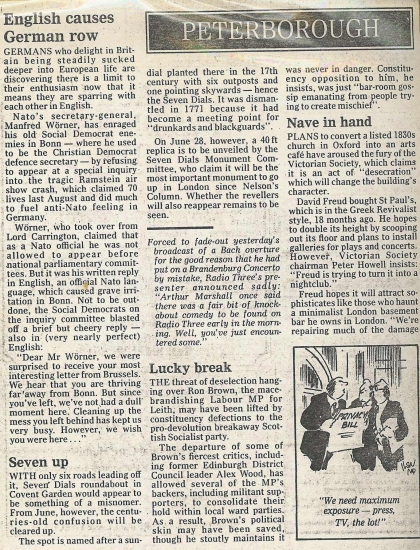 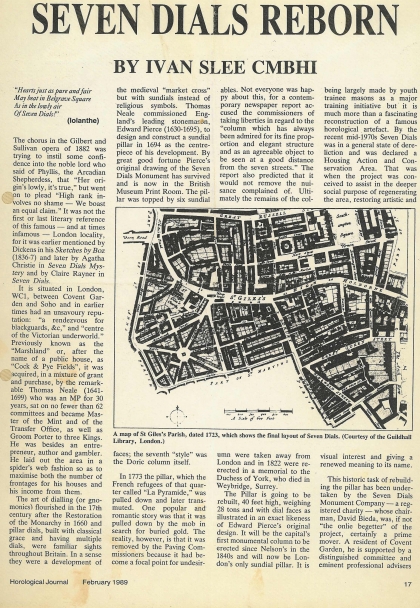 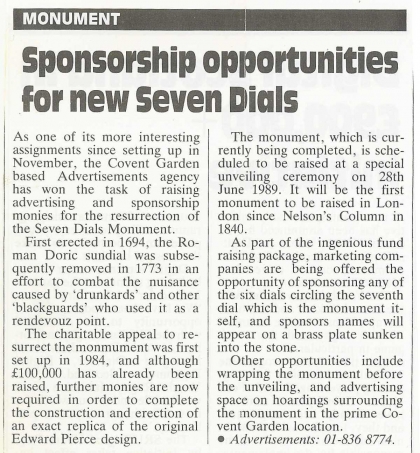 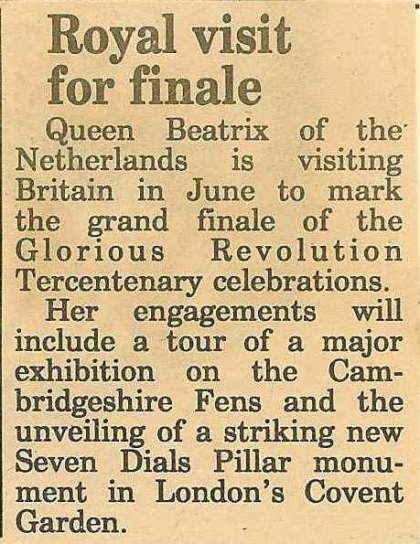 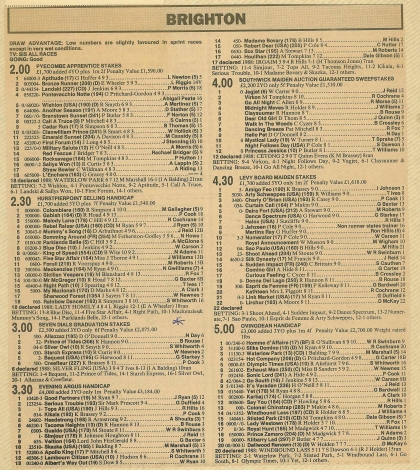 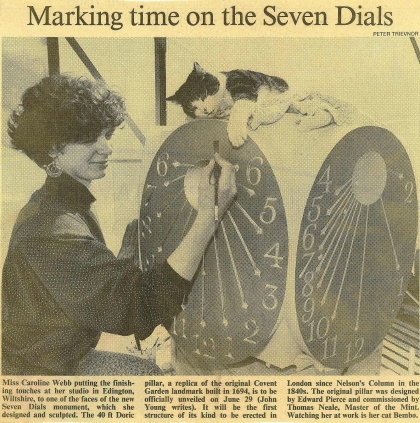 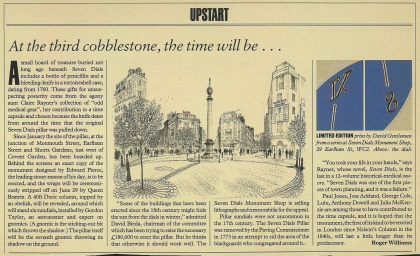 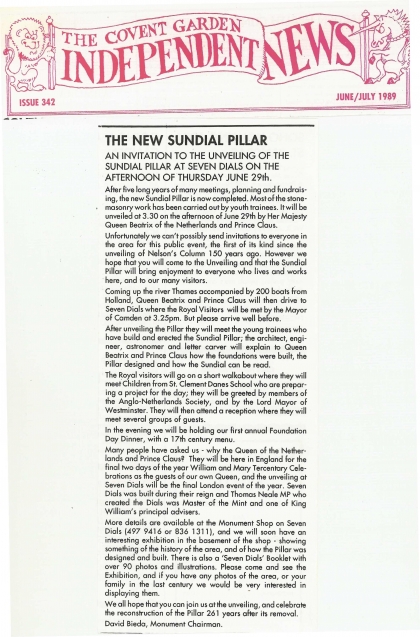 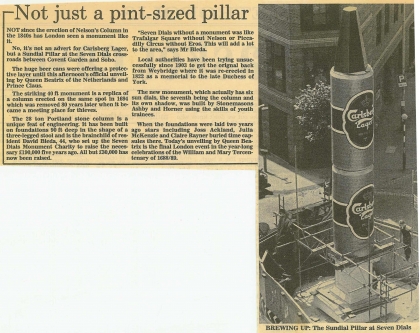 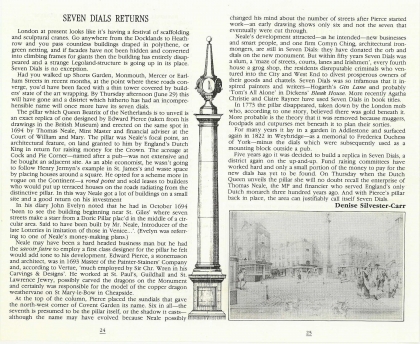 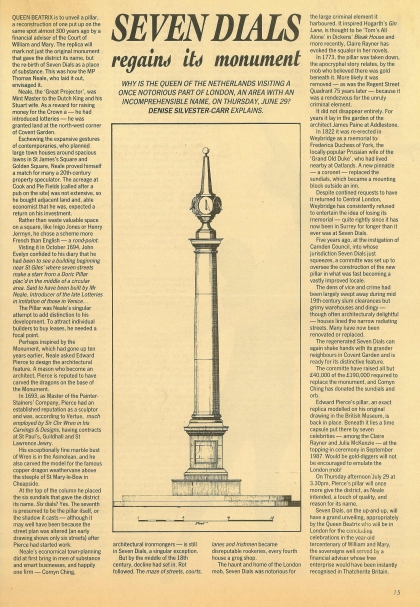 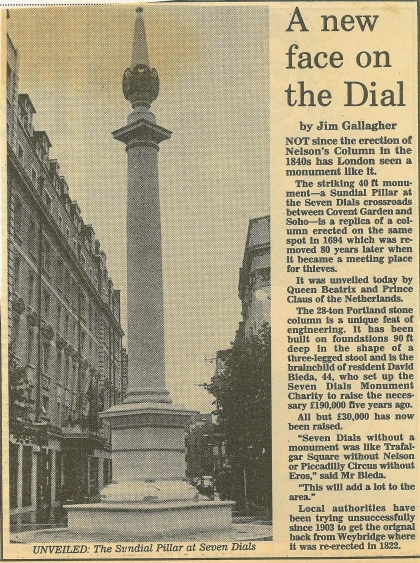 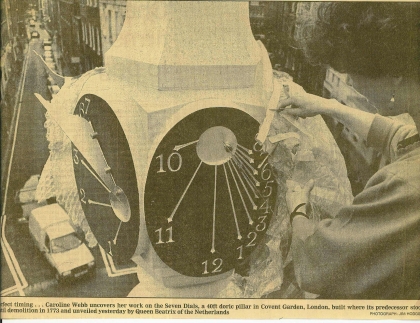 1989—The Queen of the Netherlands unveils 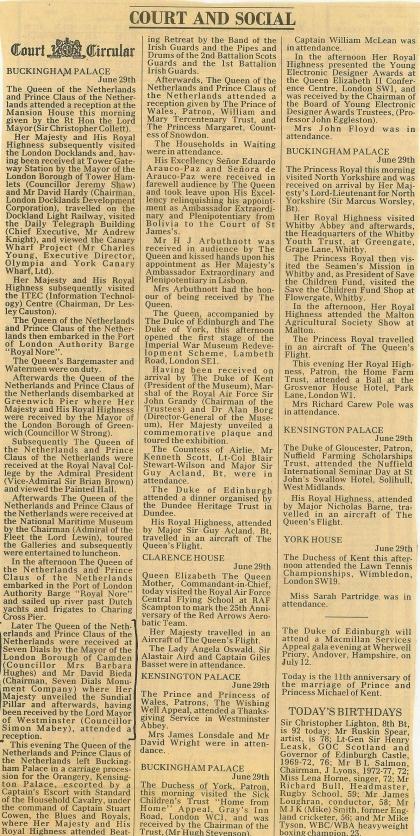 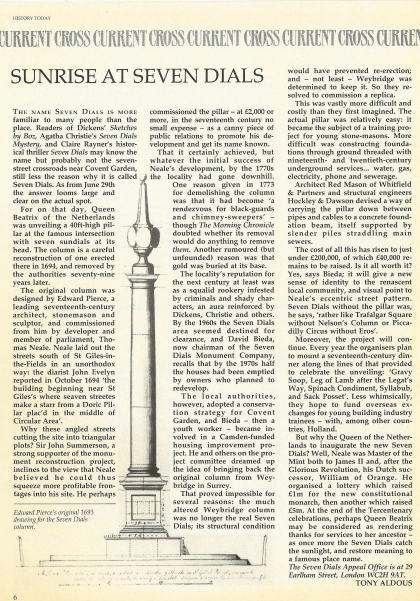 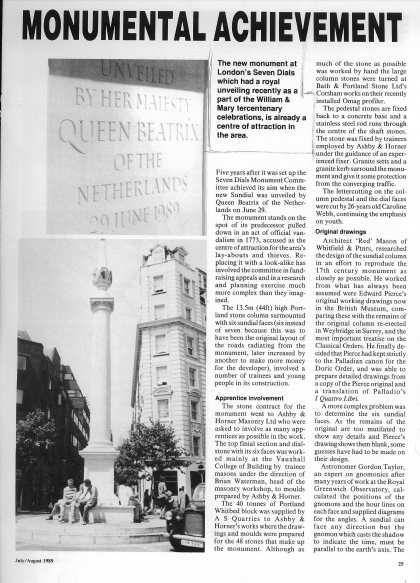