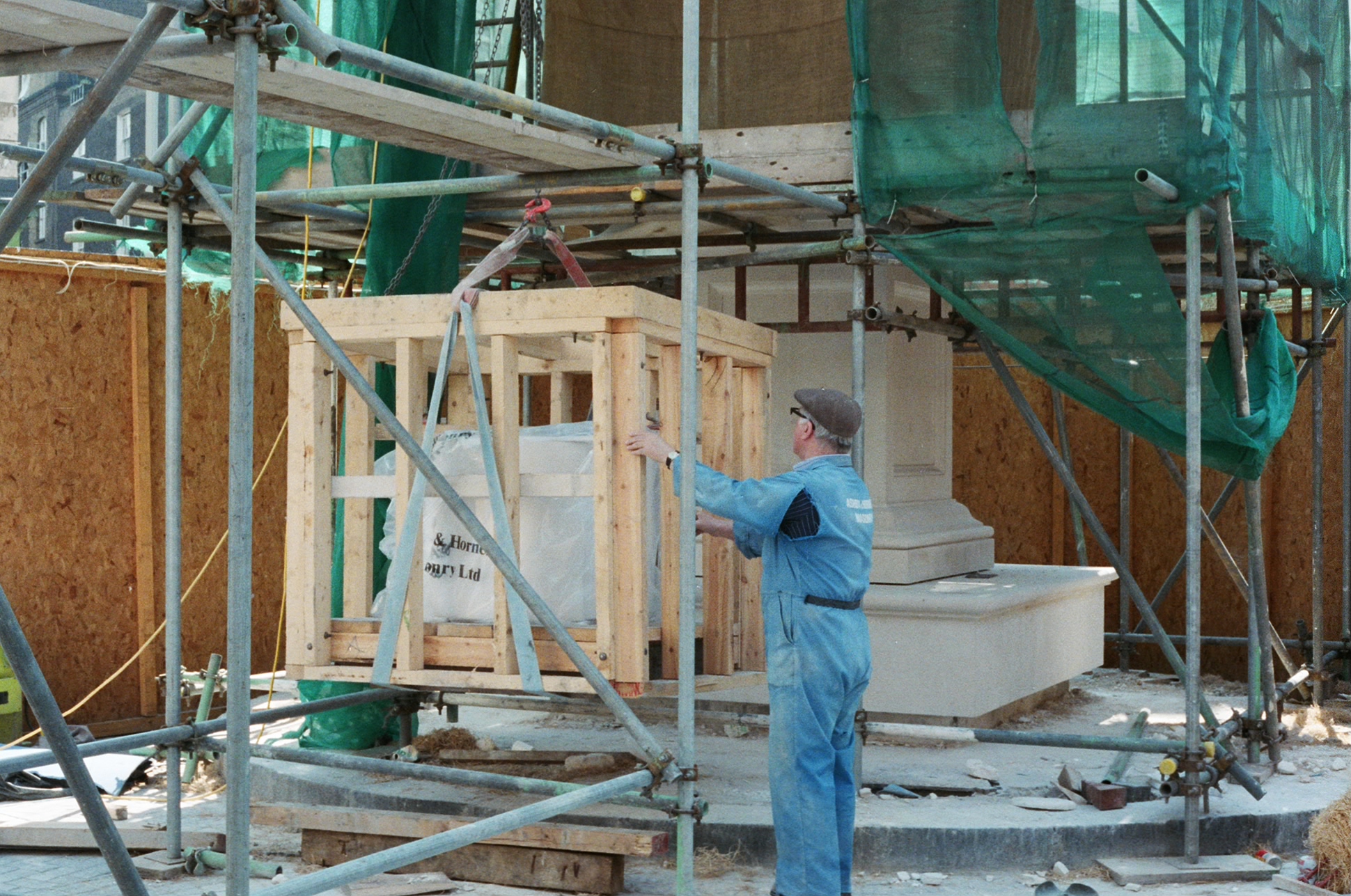 The one tonne dialstone in its crate ready to be hoisted atop the Sundial Pillar.

In order to erect the many large stone sections of the Pillar, we had to close Mercer Street (north), put up a substantial hoarding and construct a 60-foot scaffold surmounted by a moveable motor for lifting. The scaffold was essential because of the size and weight of the larger stones which had to be lowered on to pins and fixings running through the Pillar to add structural stability.

The most difficult manoeuvre was the positioning of the one-tonne dialstone, which had to be lowered and raised numerous times over three days, with both the architect and the astronomer observing, to achieve a precise orientation. In the end, each dial face was accurate within ten seconds - an extraordinary tribute to those involved in each of the many stages of this complex operation, from design, through build, to erection.

The trainee masons raised and lowered all the stones by hand, using methods similar to those used in the seventeenth century. To meet building regulations, each section of the column sits on reinforcing pins joining it to the sections below. The whole erecting process took two and a half months.

Pictures from our Exhibition: 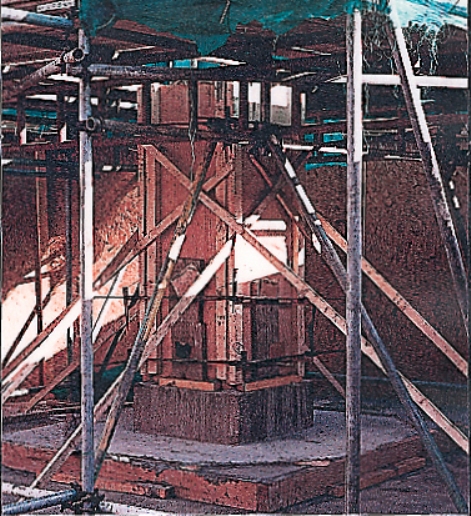 Formwork in place for casting the concrete for the stub. 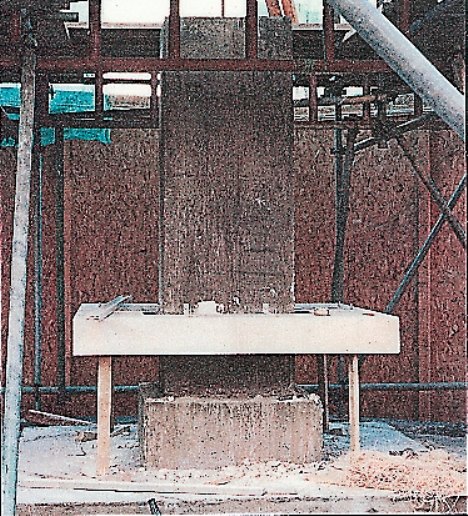 The stub column once cast, with the first stone course set. 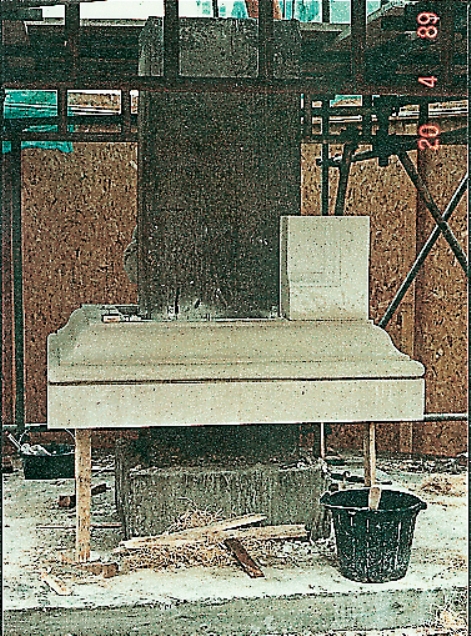 The first courses of stone set out and assembled. 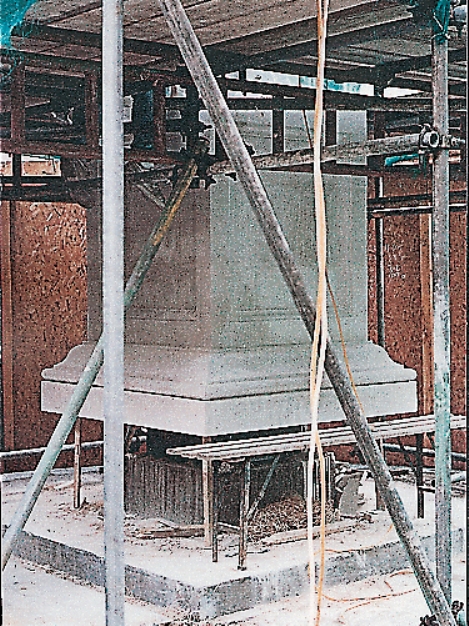 The pedestal and plinth courses being erected. 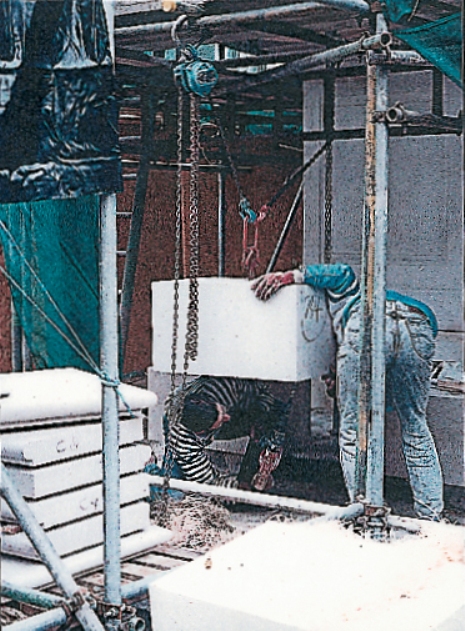 The stone blocks being positioned to build the seat. 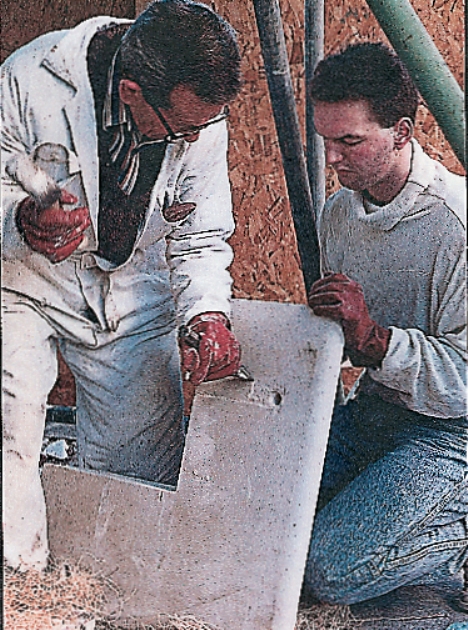 Fitting the seat top to the plinth. 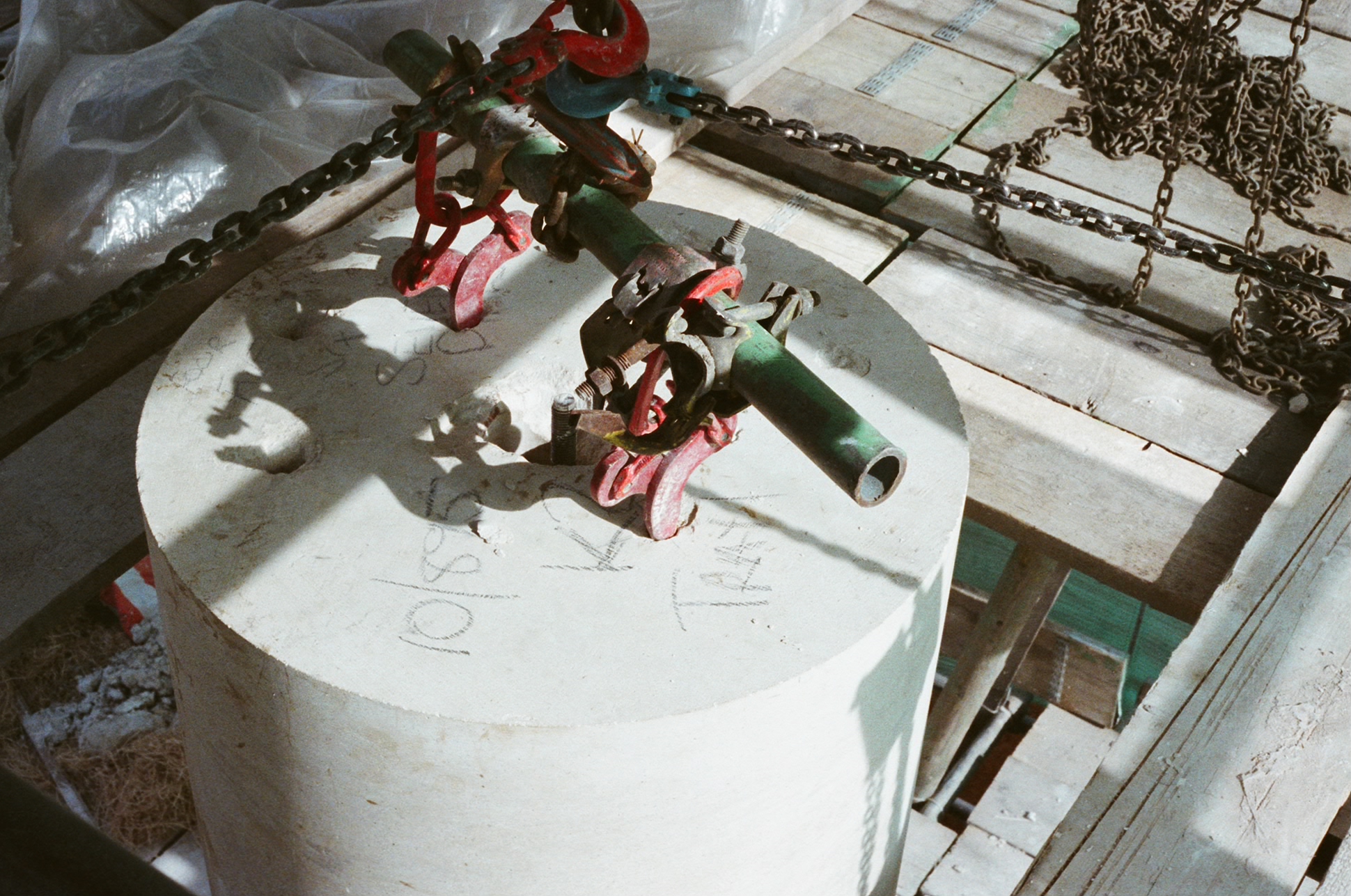 Top of the shaft stone. 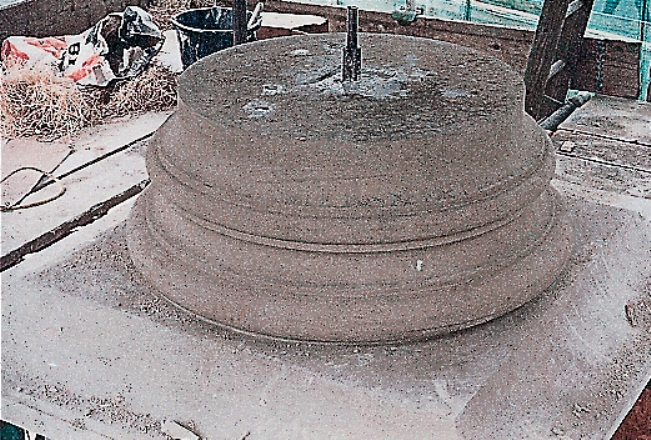 The base of the pillar in place upon the plinth. 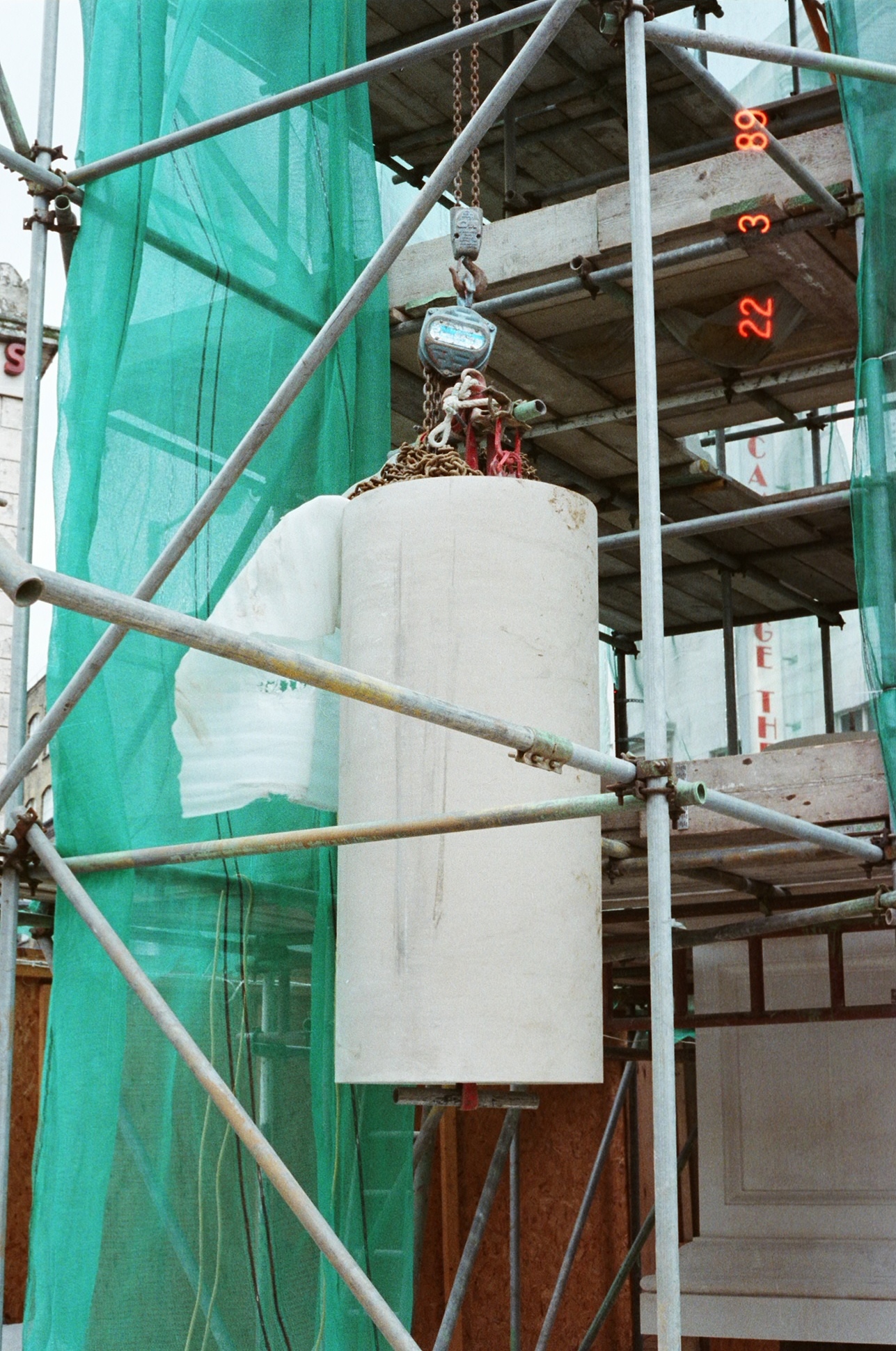 The shaft stone being raised into its final position. 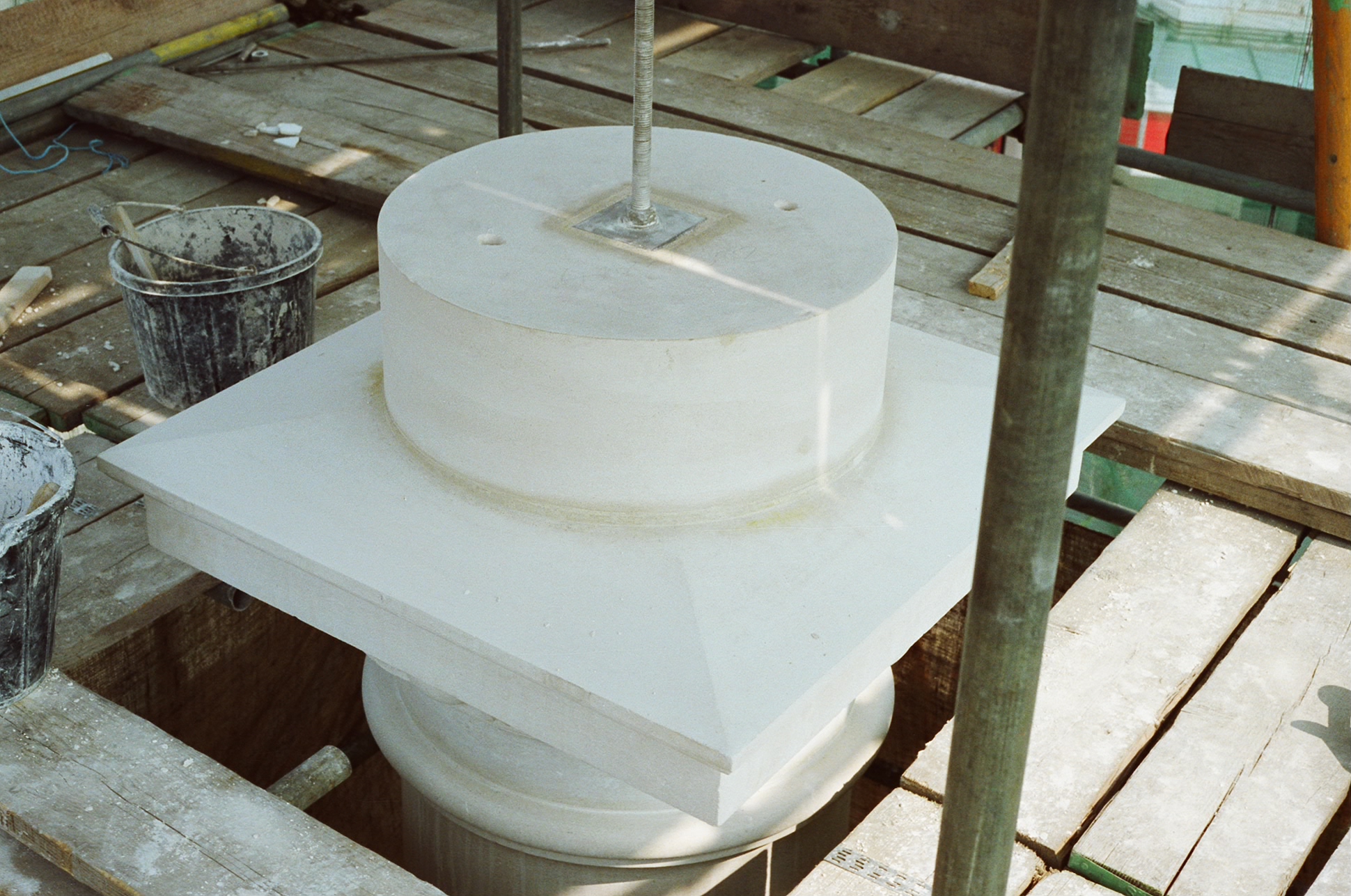 The shaft stone in position: note the central tension rod. 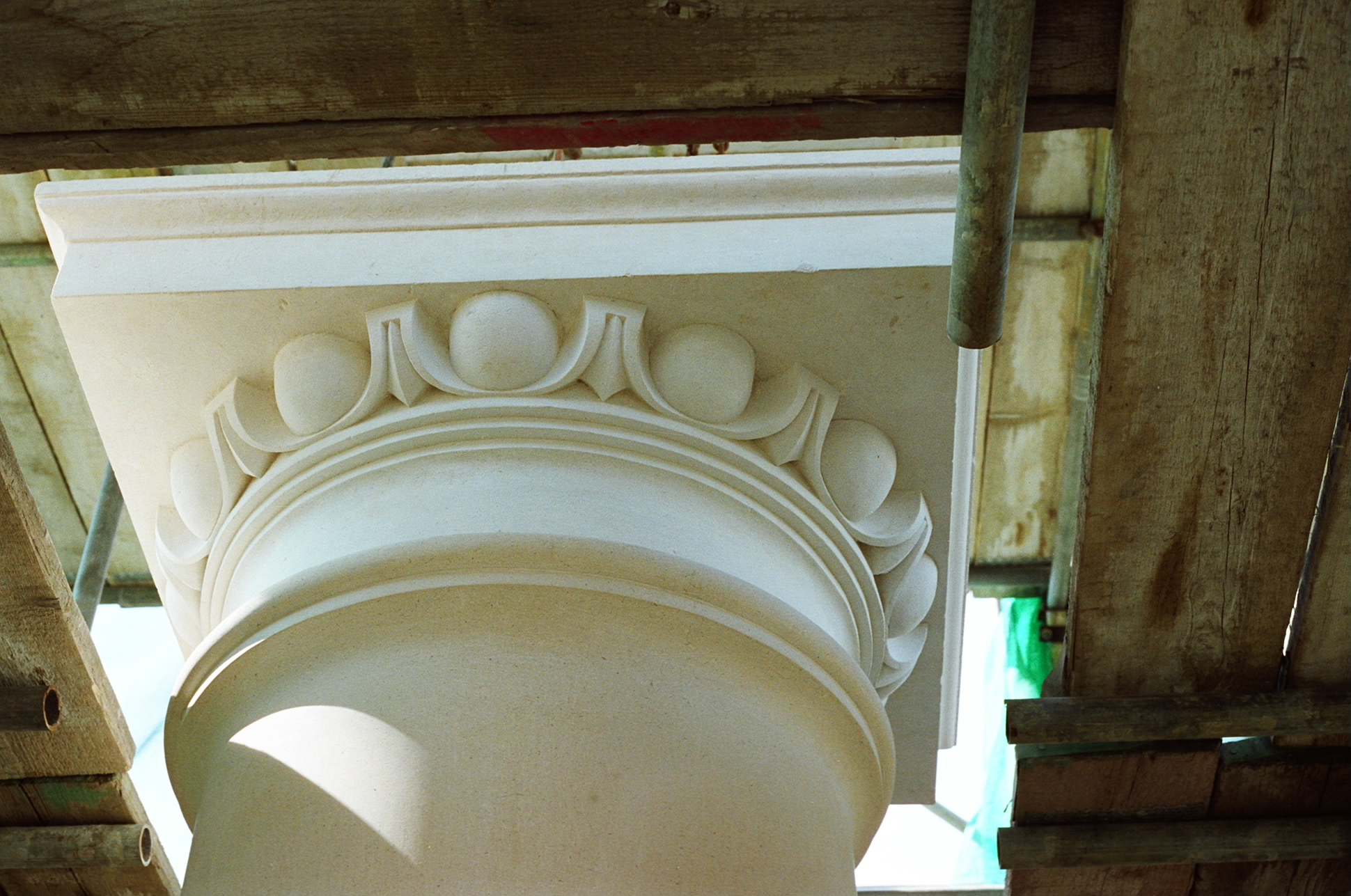 The capital seen from below, showing the top of the column shaft with its Doric decorative egg and dart carving. 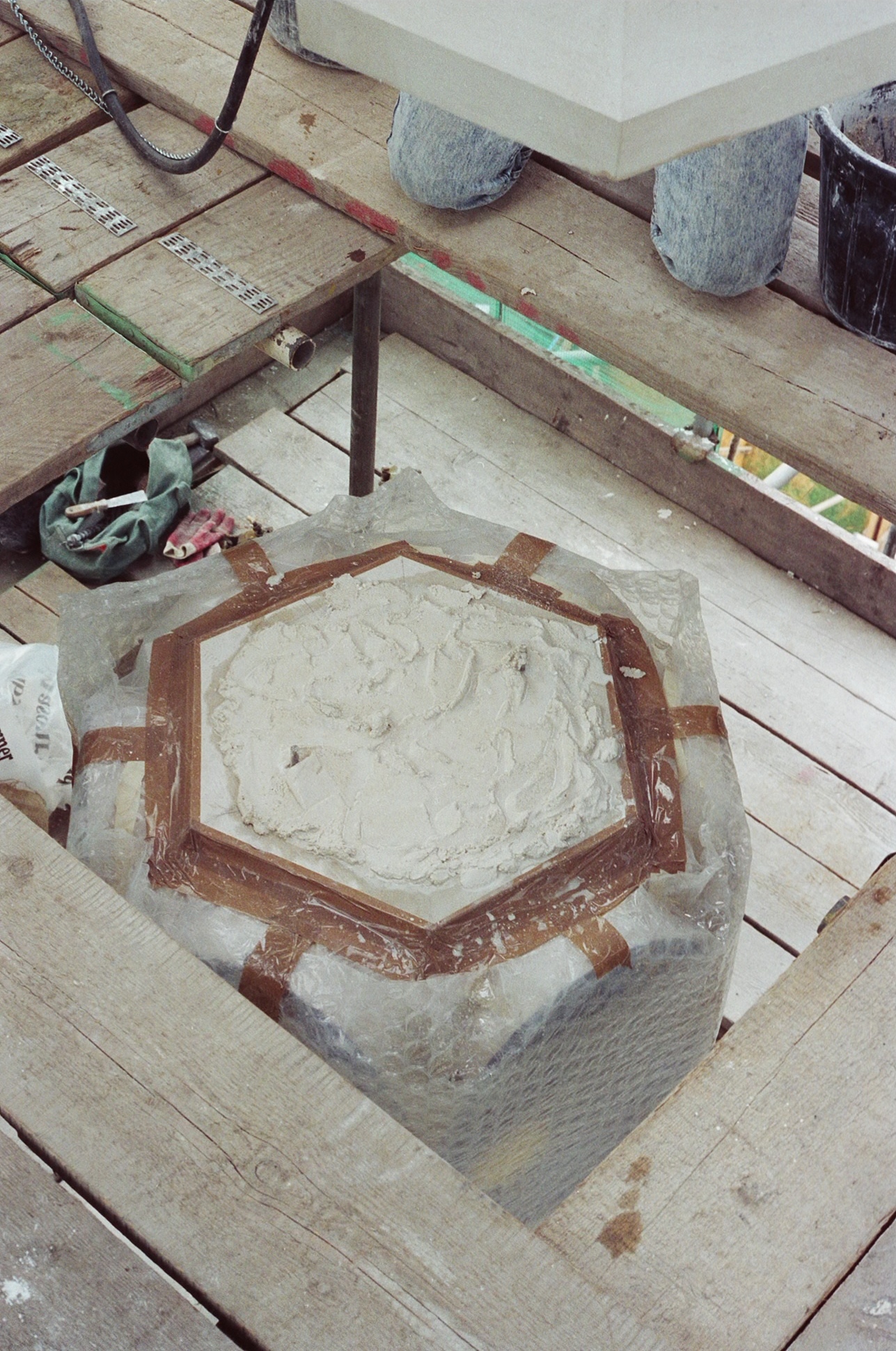 Top of dialstone, ready for vase. 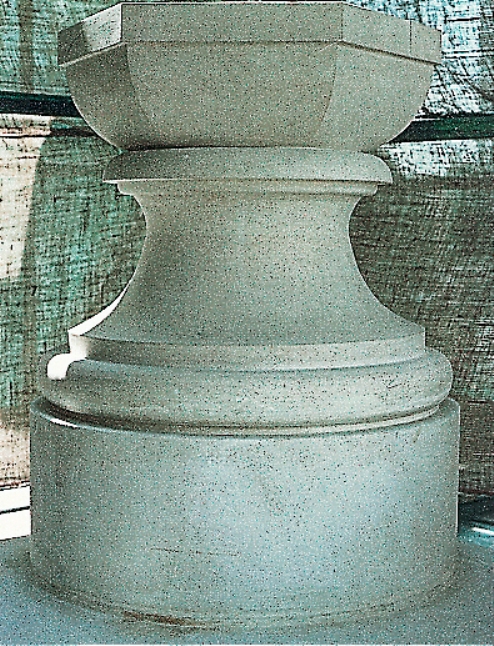 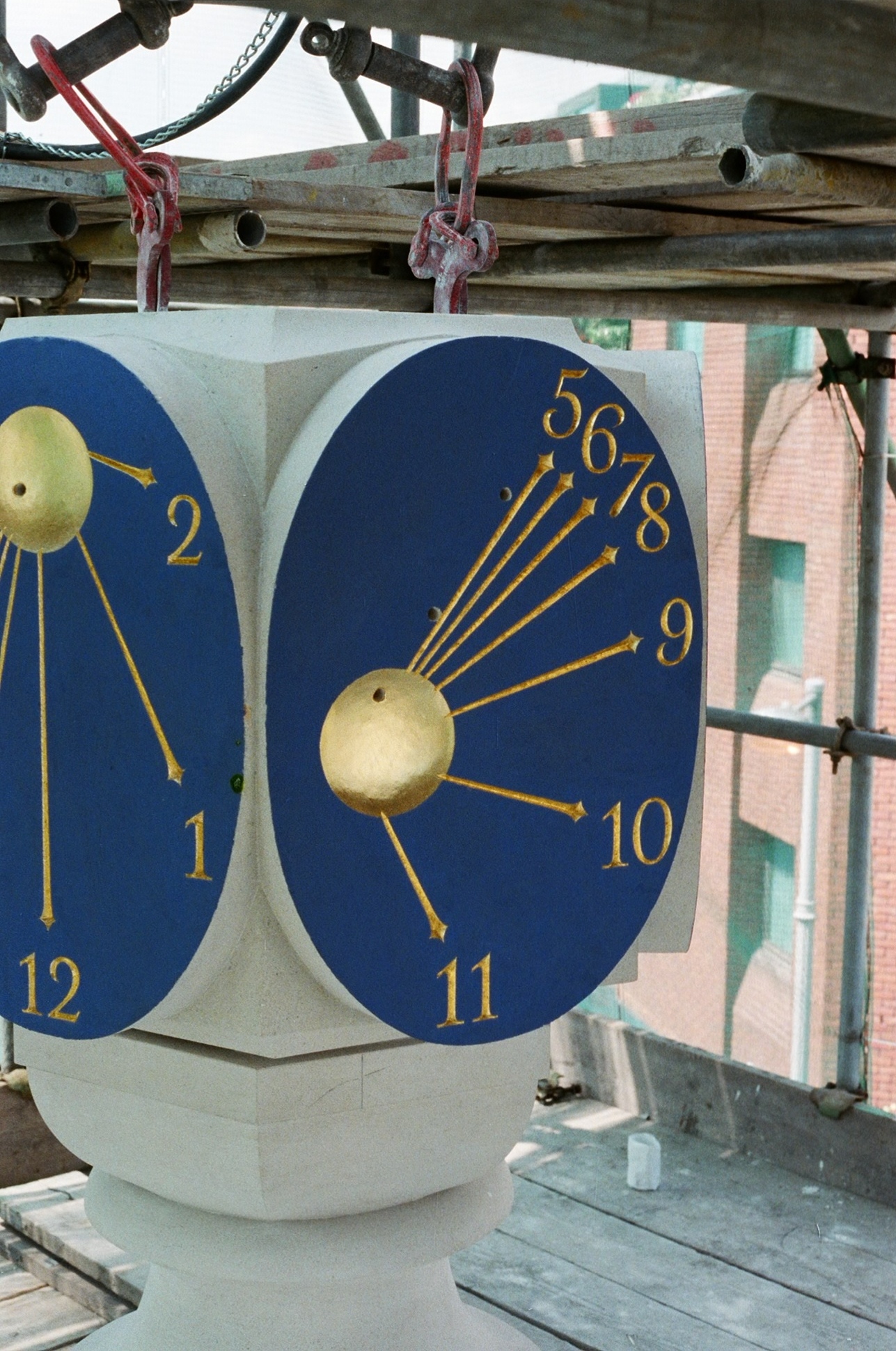 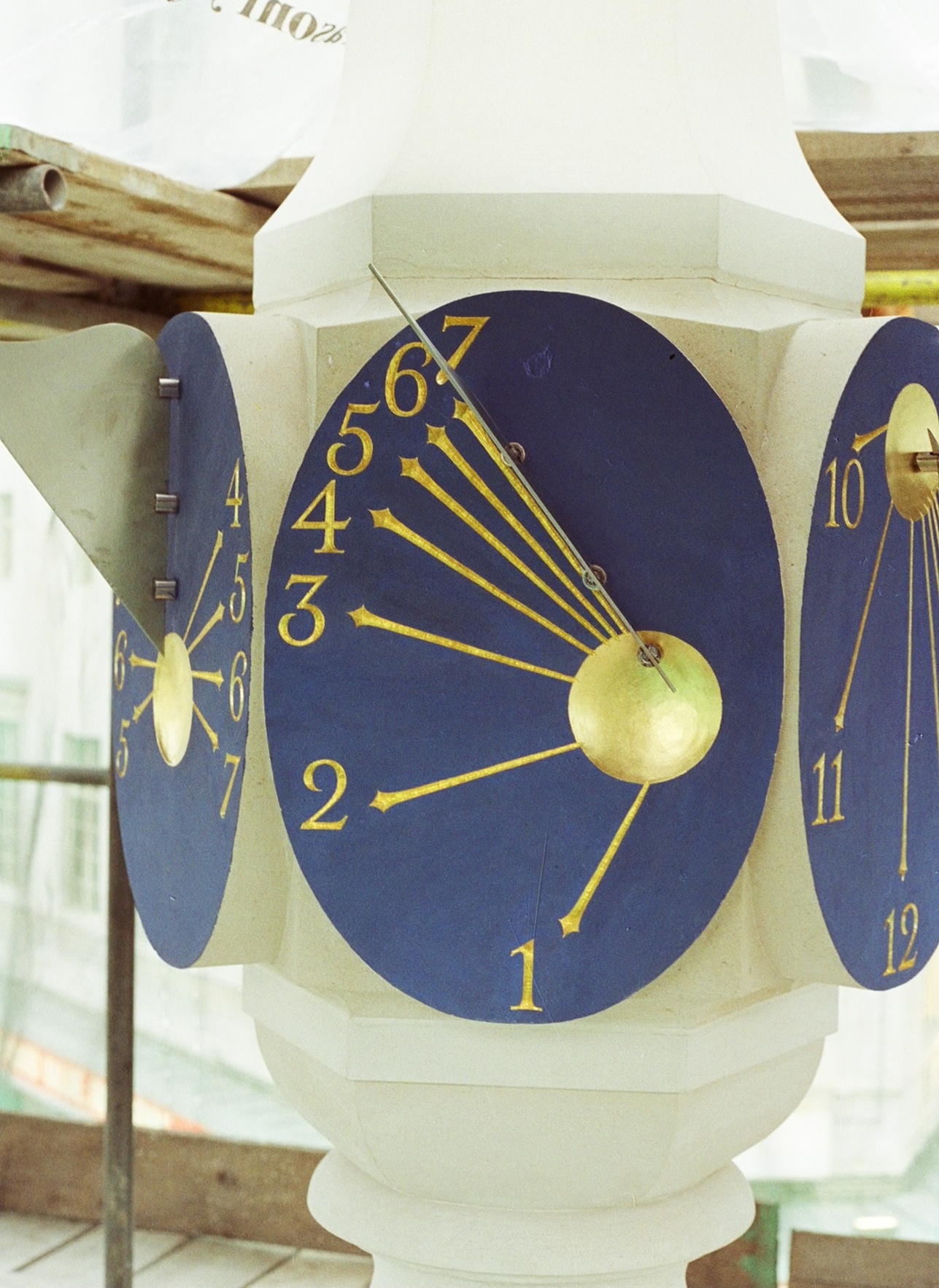 The dialstone finally set in place on the vase stone and Gnomons installed. 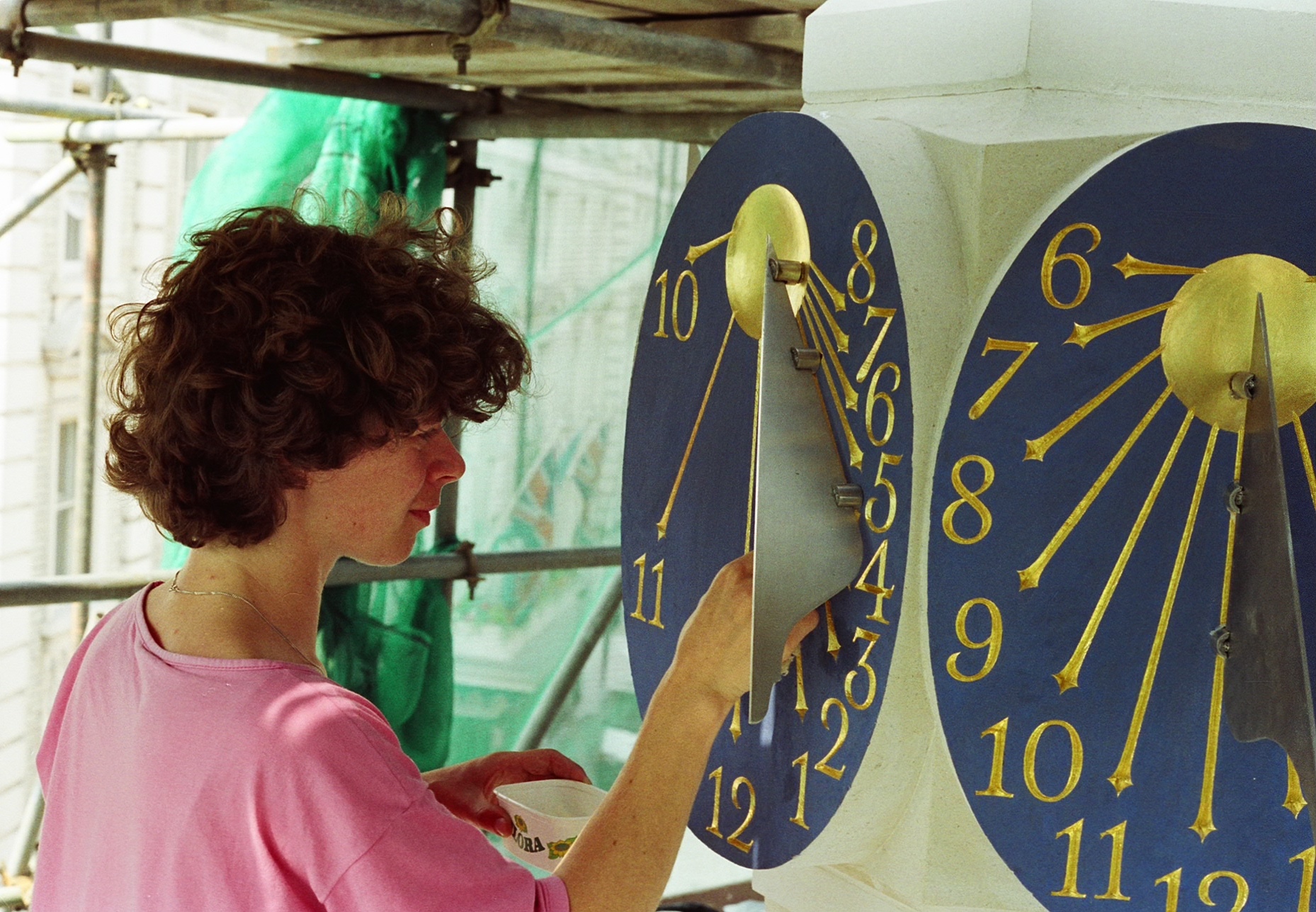 Carver and gilder Caroline Webb puts the finishing touches to the dial faces in situ, forty feet up. 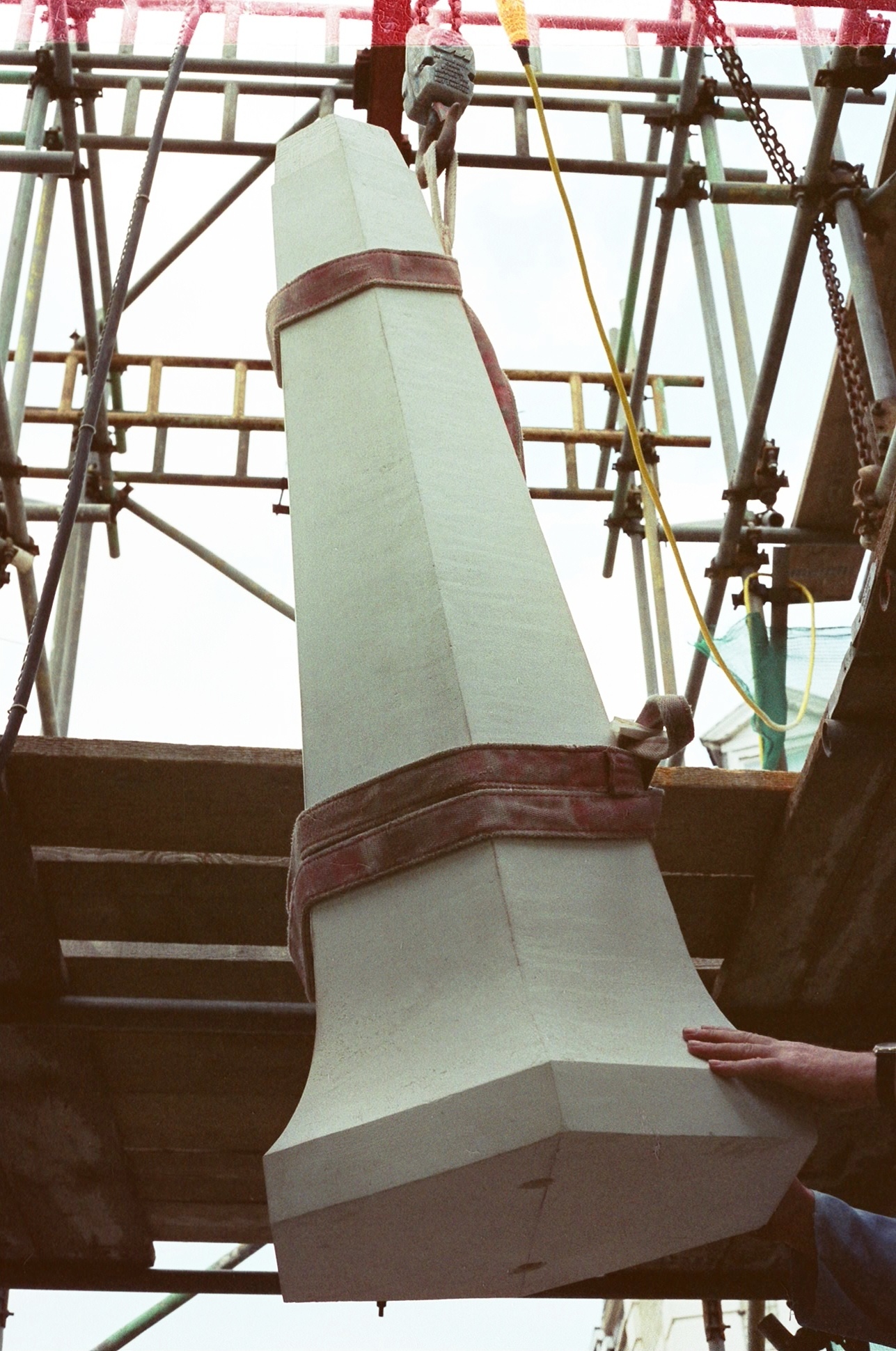 Obelisk stone being positioned by hand. 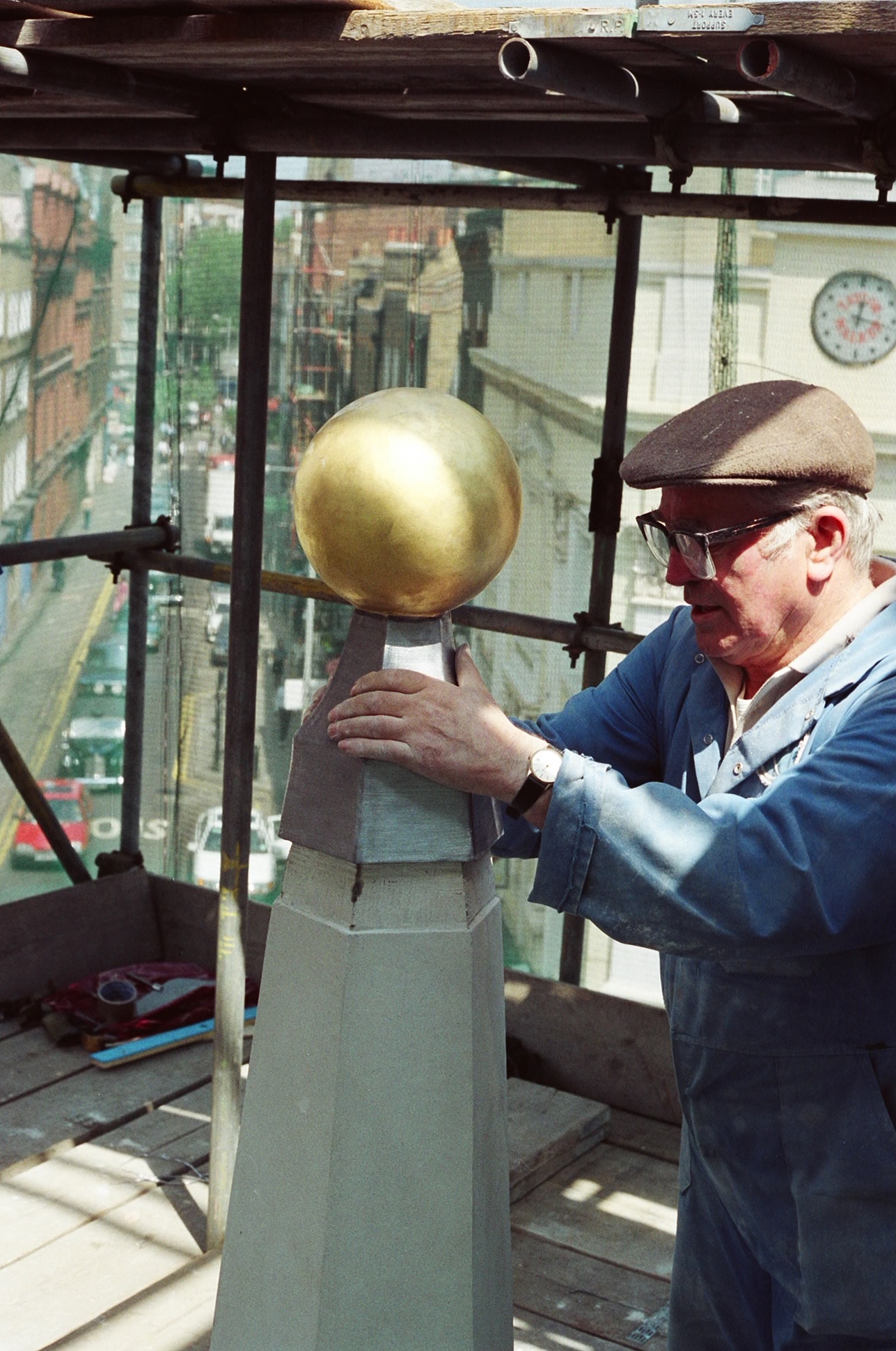 Orb being fitted onto rebate cut into the stone. 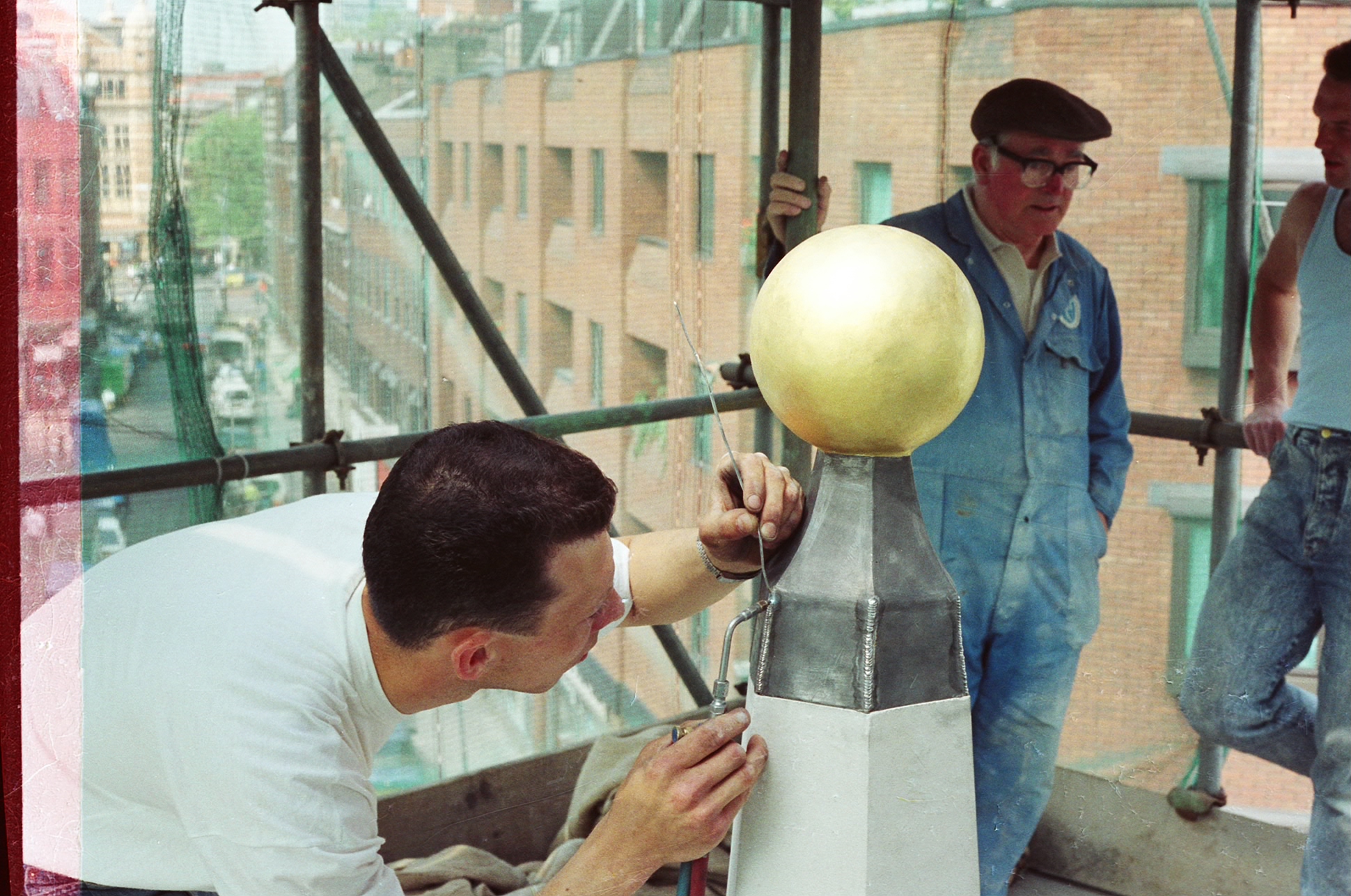 Lead work being finished in situ. 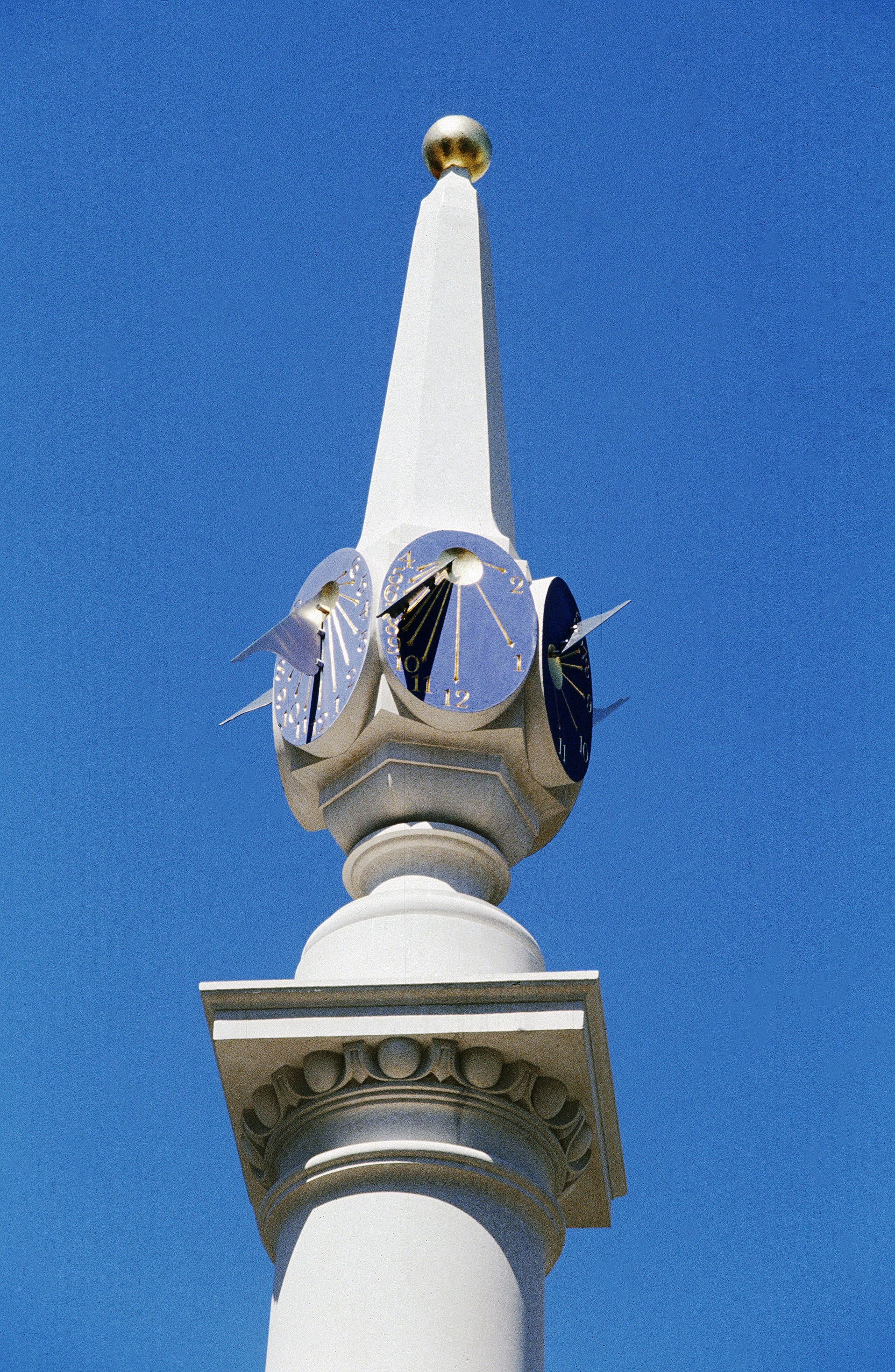 All six faces accurate to within ten seconds, a triumph for all involved.

Read 13784 times
More in this category: « Carving and Gilding The Unveiling Ceremony »
back to top