Find a COVID-19 vaccination centre or walk-in vaccine clinic near you.

Seven Dials, in the north-west corner of Covent Garden, is a unique quarter of London whose star-shaped layout remains as constructed in the early 1690s. Mostly unknown and in a state of dereliction when the Covent Garden market moved in 1974, Seven Dials was brought back to life largely through the dedication of the Seven Dials Trust, working in partnership with the local authorities and landowners for nearly forty years. Together, the partnership virtually re-invented a lost neighbourhoodthrough a long process of urban renewal embracing social and private housing and new businesses.

The reconstruction of the Sundial Pillar by the Trust in 1989, the first project of its kind in London since Nelson’s Column in the 1840s, put Seven Dials back on London’s map and proved an effective economic regenerator. The Trust’s pioneering and much acclaimed Seven Dials Renaissance Study which followed, set out a long term holistic vision for the area’s maintenance and improvement.

“The charity has brought an entire neighbourhood back to life…”

– Colin Davis, PRIAN national award for projects which have stood the test of time.

Our long journey has involved history, architecture, horology, economic regeneration through conservation, lighting, the public realm, battles against demolition and much else.

We hope you enjoy reading about our work and achievements to date and about Seven Dials. Whether you are a casual visitor or a researcher we hope that you will find something to stir your interest.

And please consider supporting the Trust.

Find out about our current and ongoing projects that continue the process of maintaining and enhancing Seven Dials.

Festoon Bracket for the Mercers’ Company in Neal Street 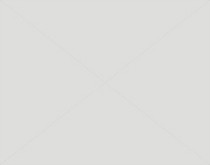 The Trust has worked with Camden, Shaftesbury Plc and the Covent Garden C