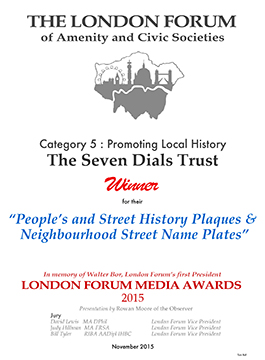 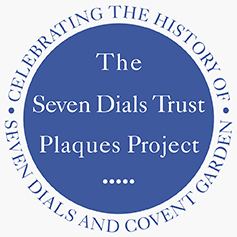 This scheme celebrates the individuals, companies and institutions who have made a contribution to the area and, in some cases, nationally. Over 120 names were identified and researched in detail by historian Steve Denford, author of The Streets of St Giles. Twenty-eight were then shortlisted by a group of local residents, businesses and trustees. The plaque design, by trustee Paul Draper, complements the Trust's new street name plates and other street furniture as part of the holistic approach to the public realm as set out in the Seven Dials Renaissance Study.

The plaques will be installed around the Seven Dials area, in both Camden and Westminster, joining the first plaque unveiled in September 2010 at 13 Monmouth Street. This plaque, sponsored by Shaftesbury PLC, commemorates Brian Epstein, 'the fifth Beatle' and was unveiled by another Sixties pop legend, Cilla Black, attracting international press coverage. the first of the new batch of plaques was installed in March 2017, celebrating The Roxy, home of punk. Also sponsored by Shaftesbury, the unveiling was carried out by queens of punk, Jordan, Gaye Black (The Adverts), Pauline Murray (Penetration) and Tessa Pollit (The Slits), along with Roxy founders Andrew Czezowski and Susan Carrington. 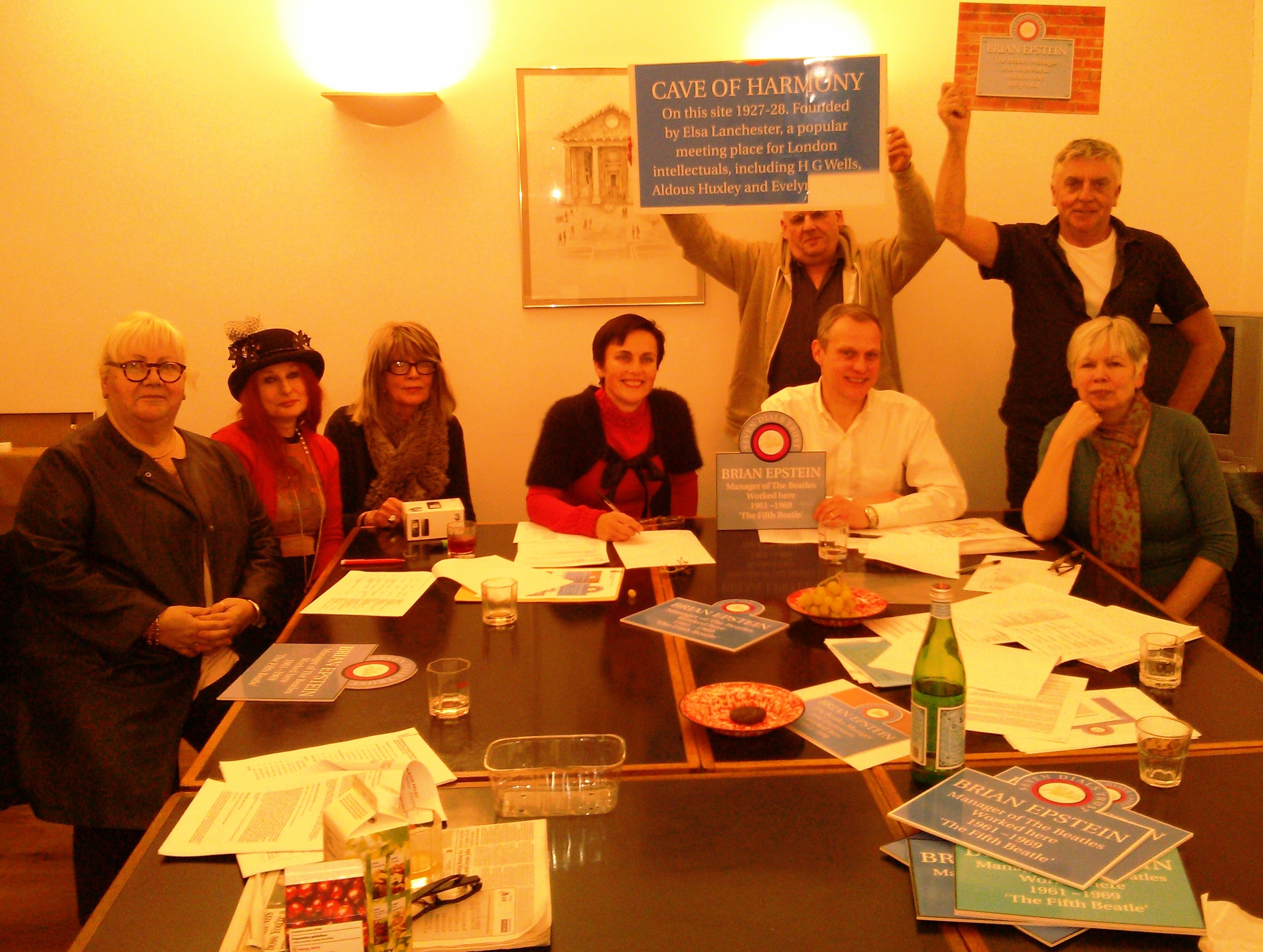 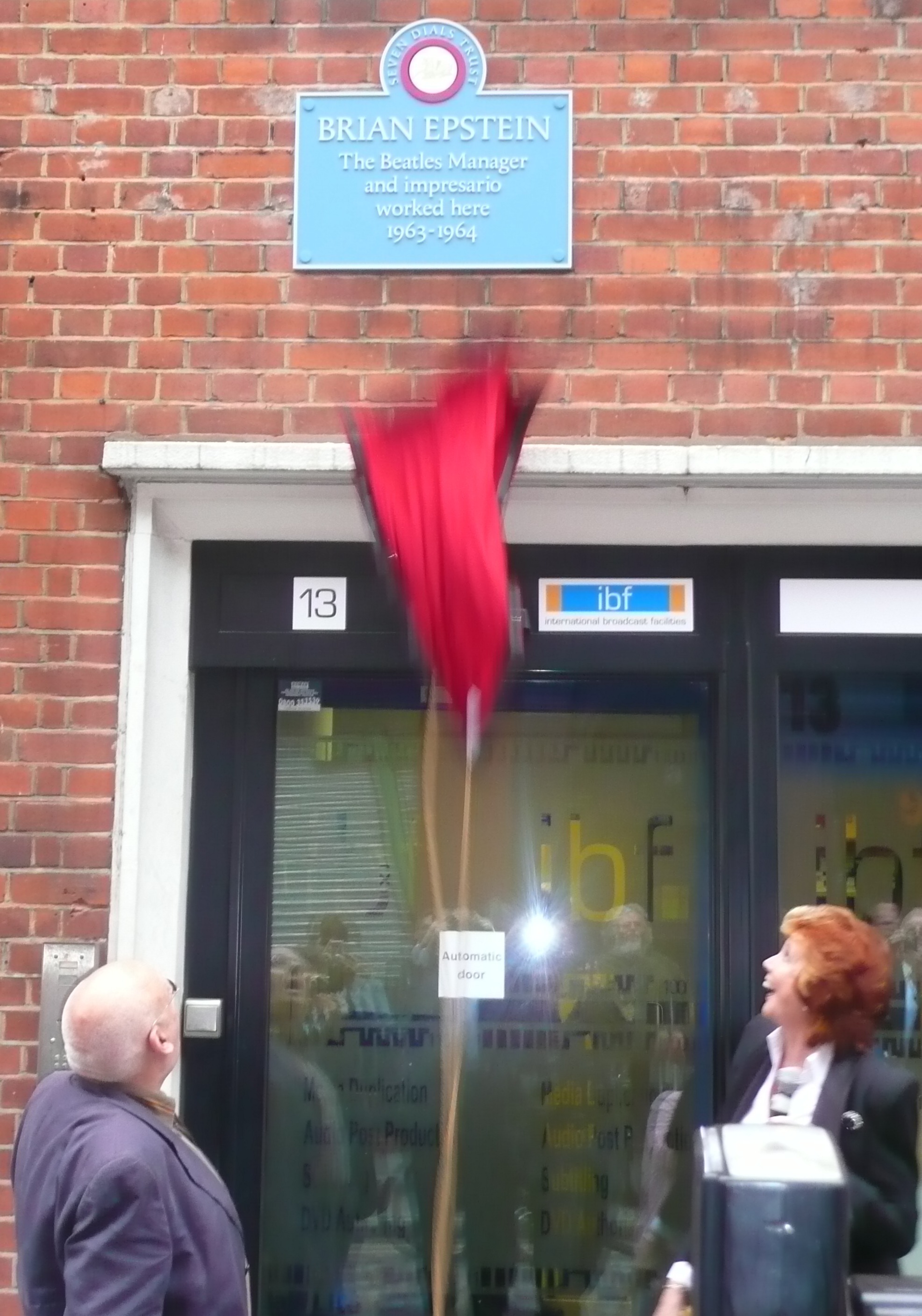 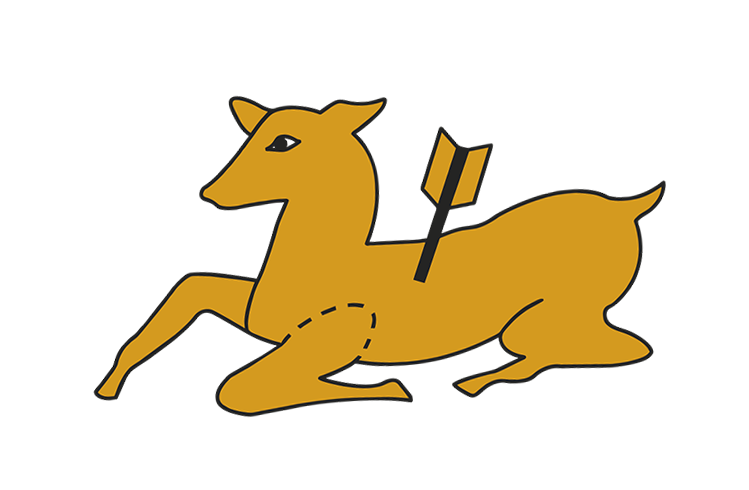 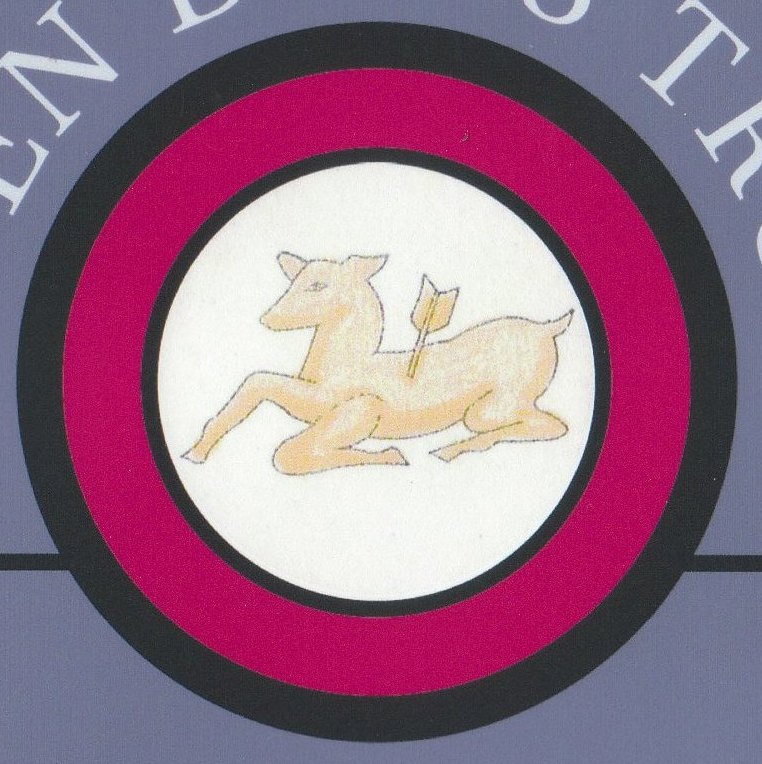 The Golden Hind, the symbol of the Parish of St Giles in the Fields, used on all street furniture. 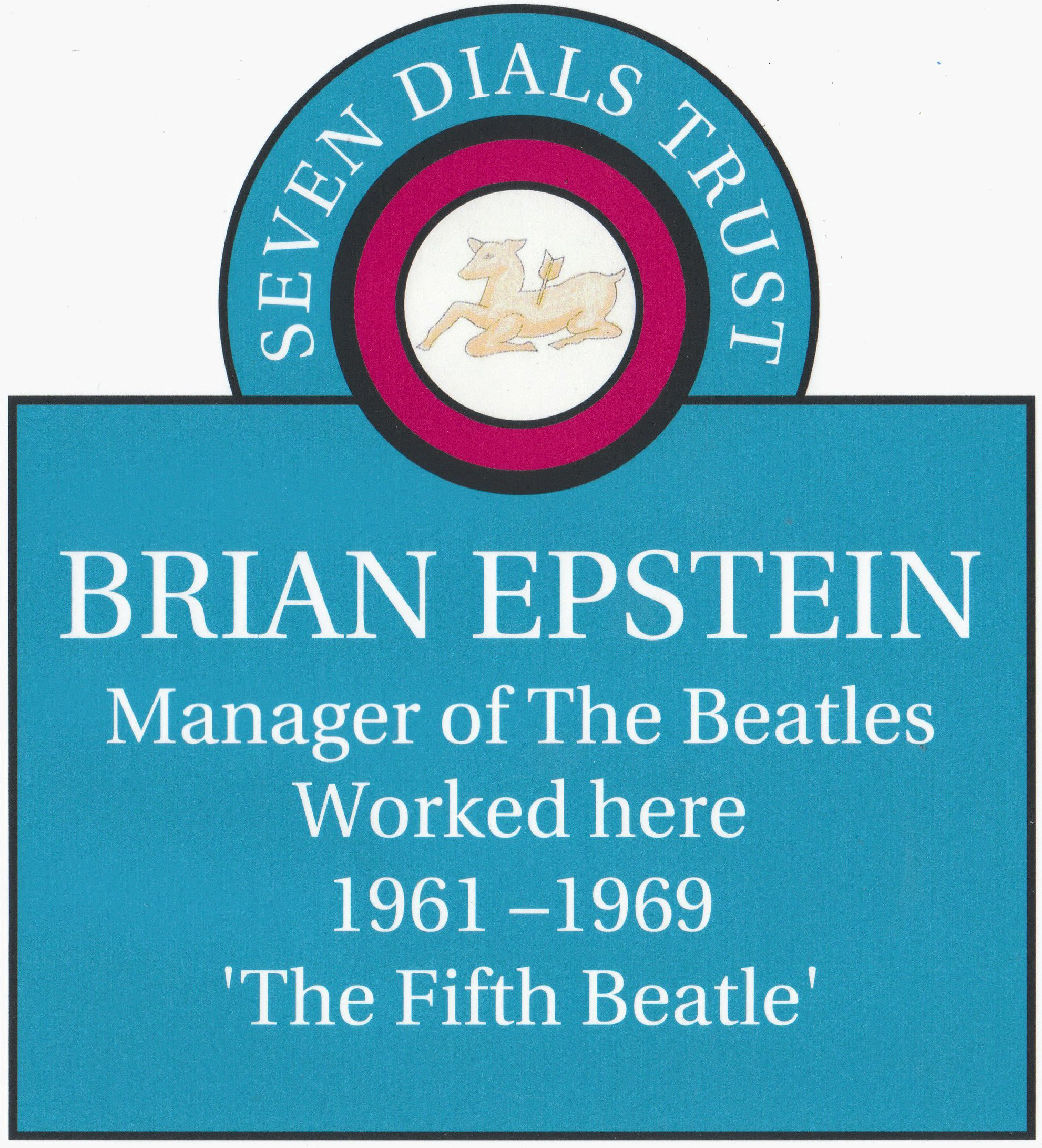 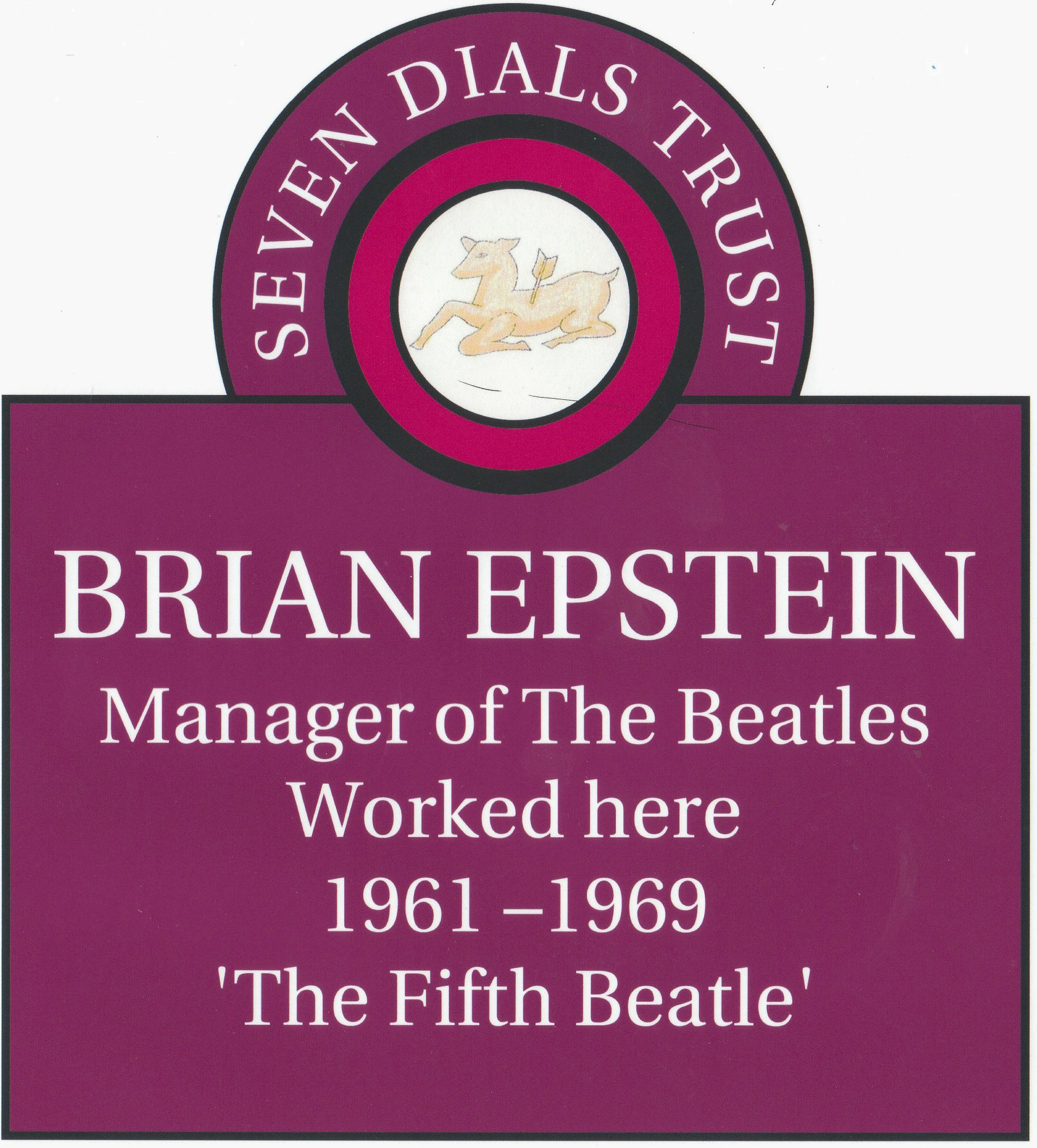 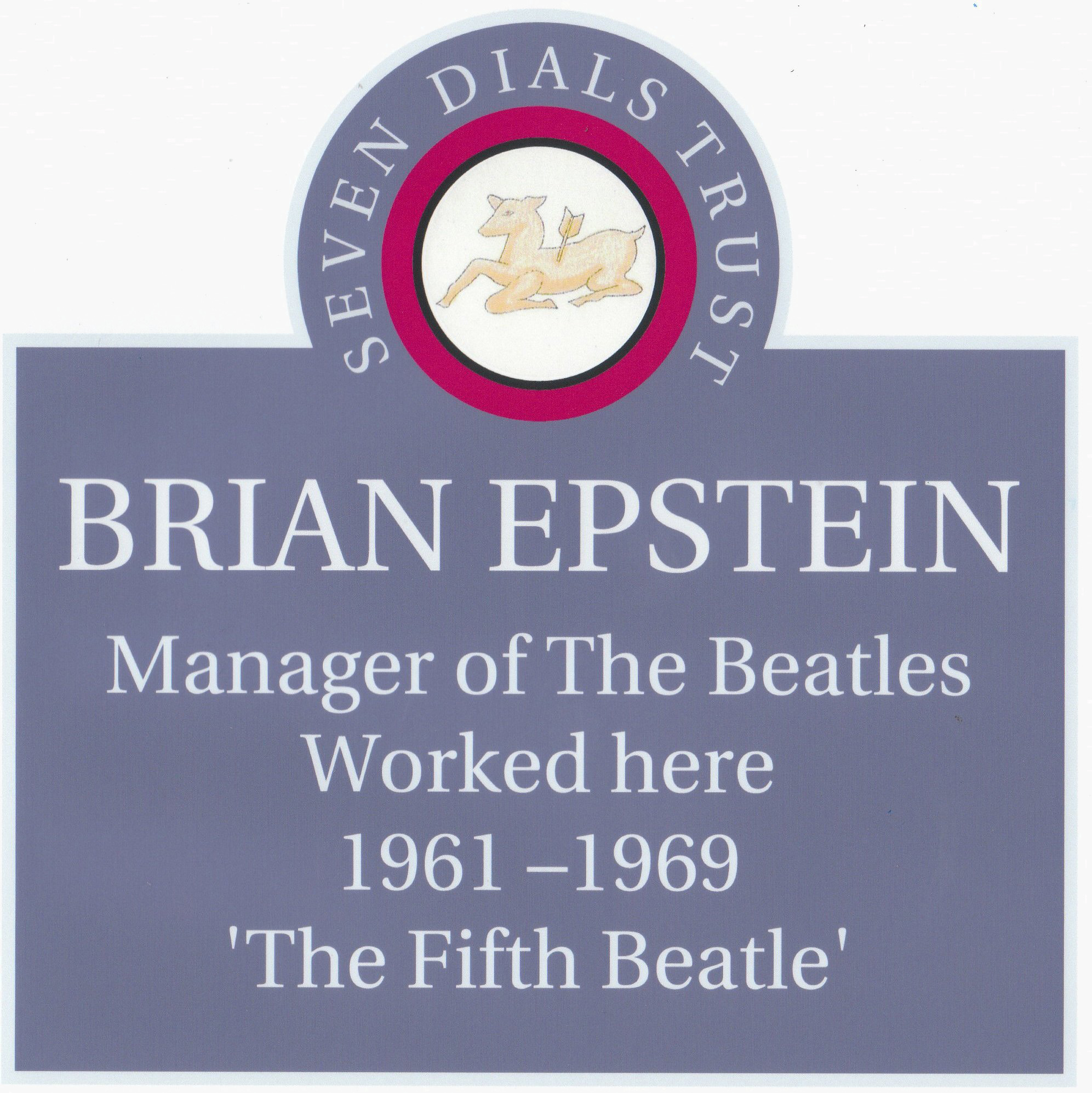 Variations on the design for the plaque to Brian Epstein. 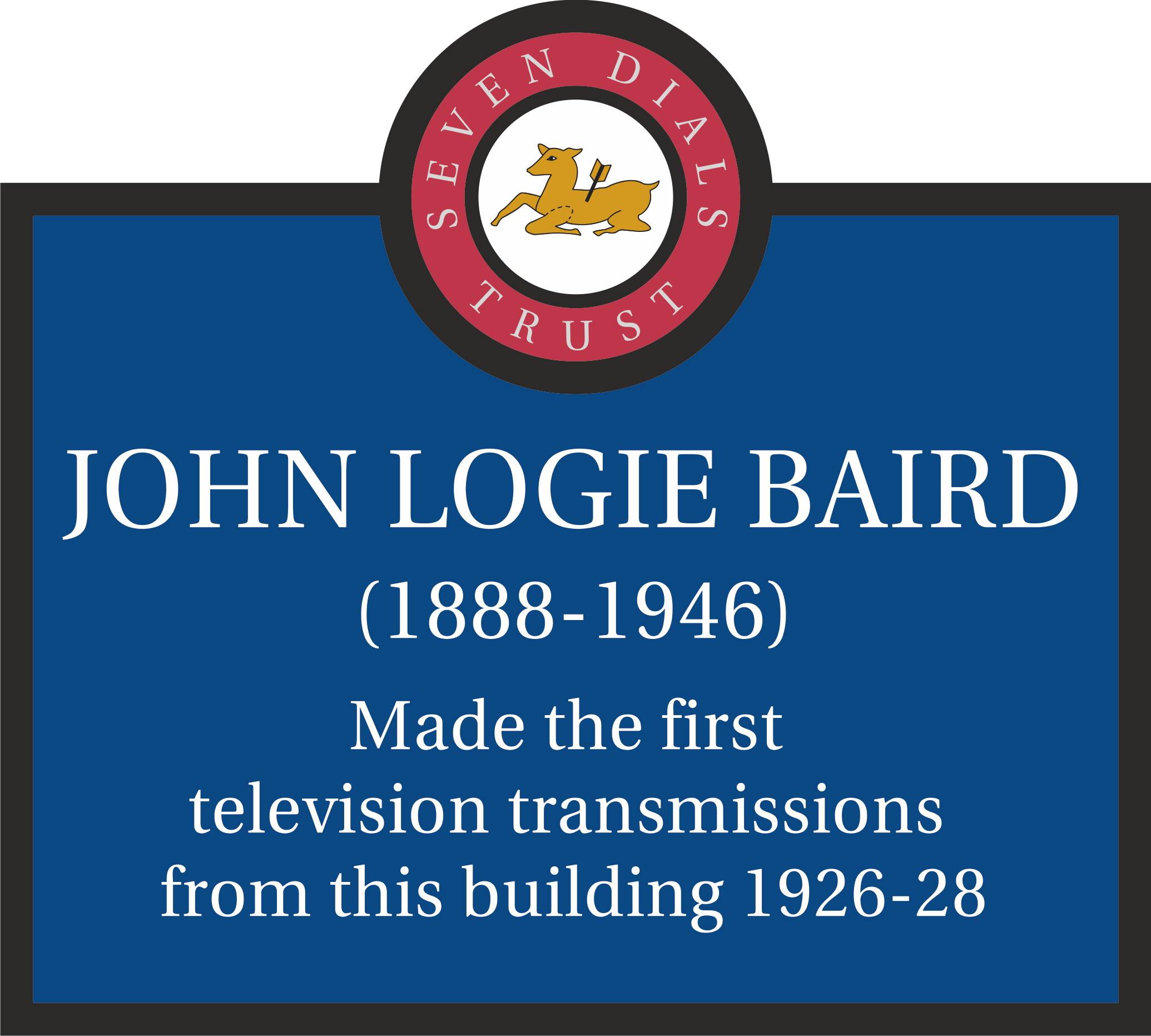 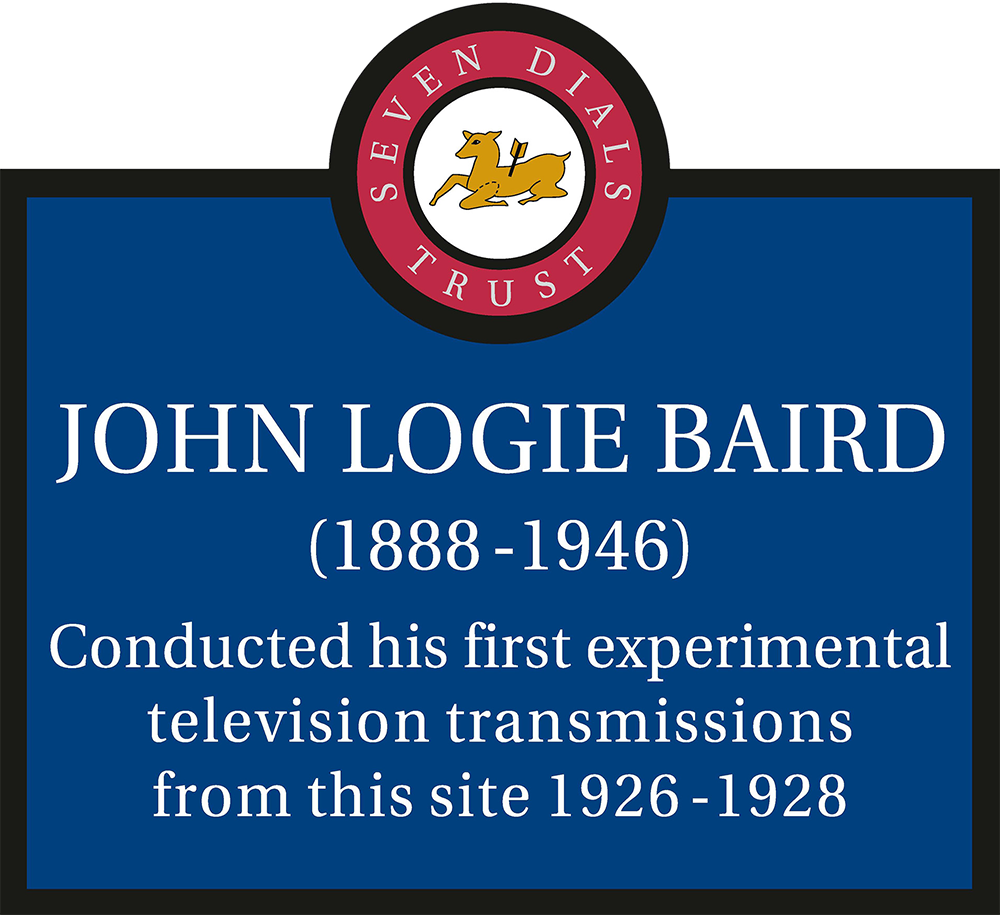 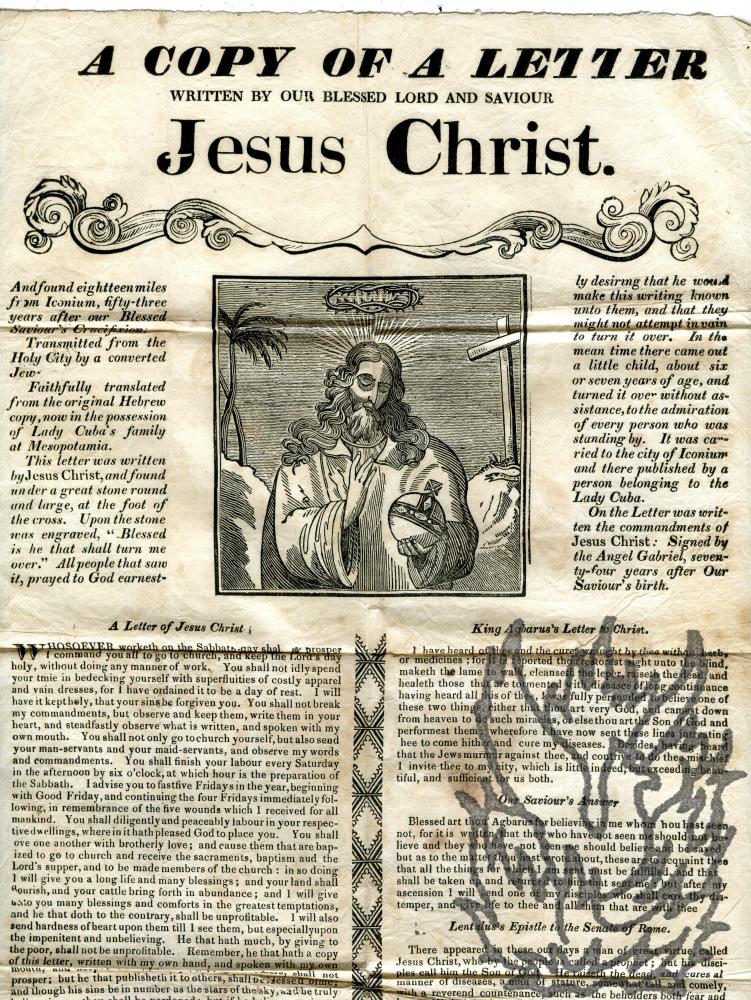 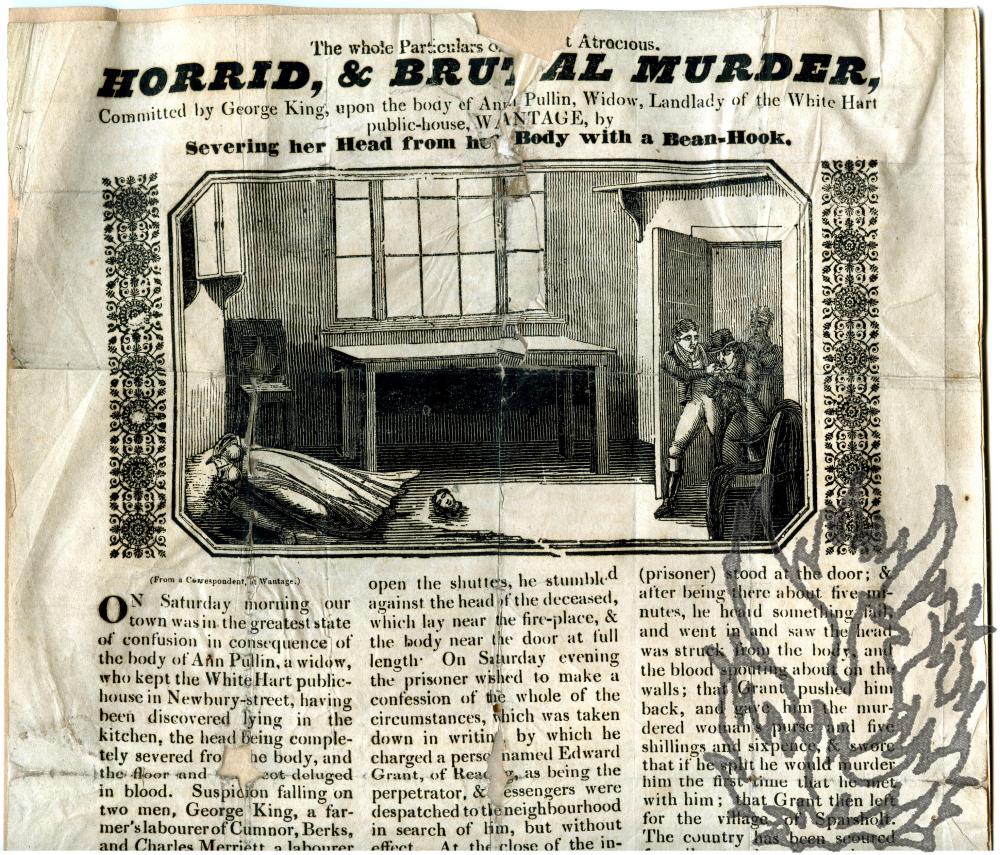 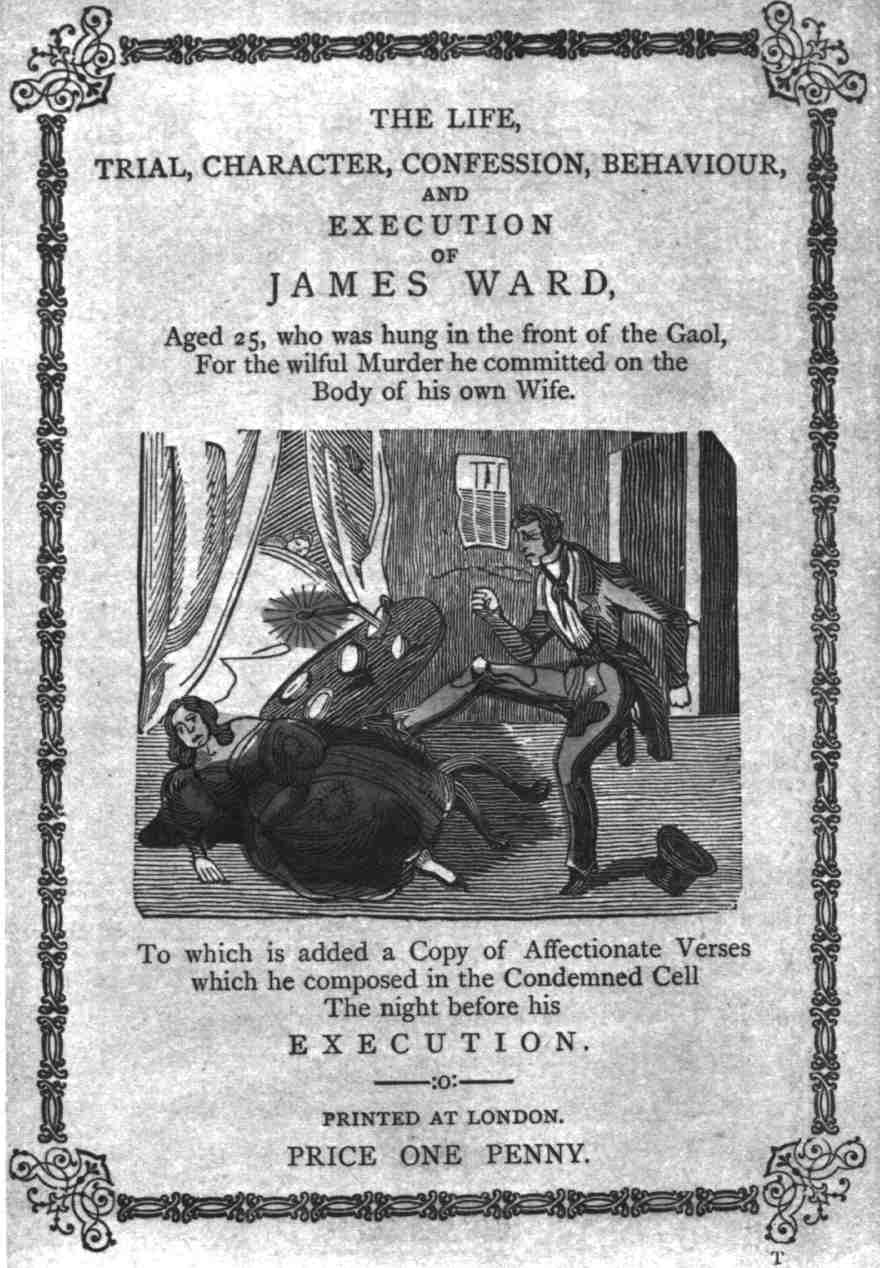 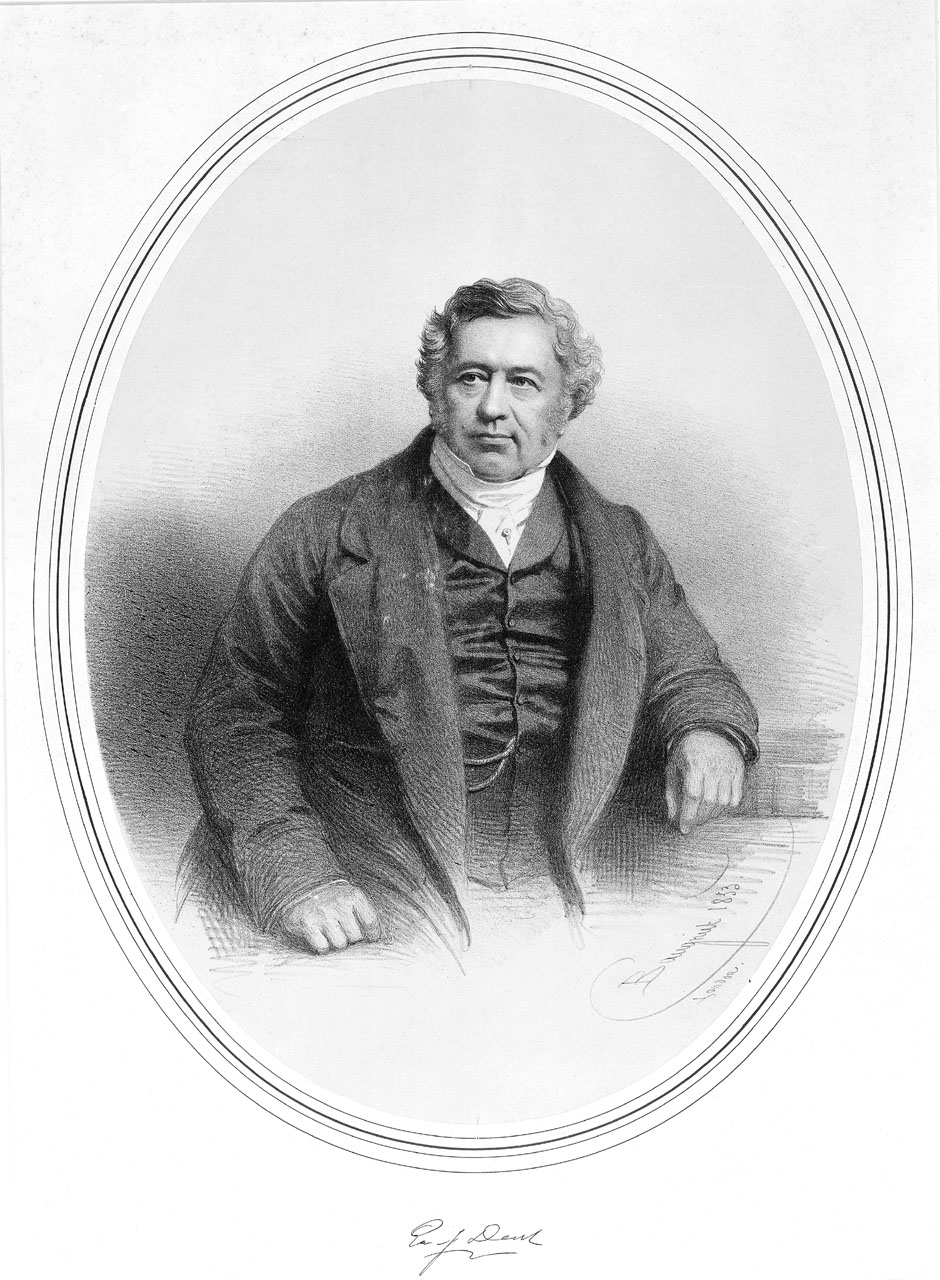 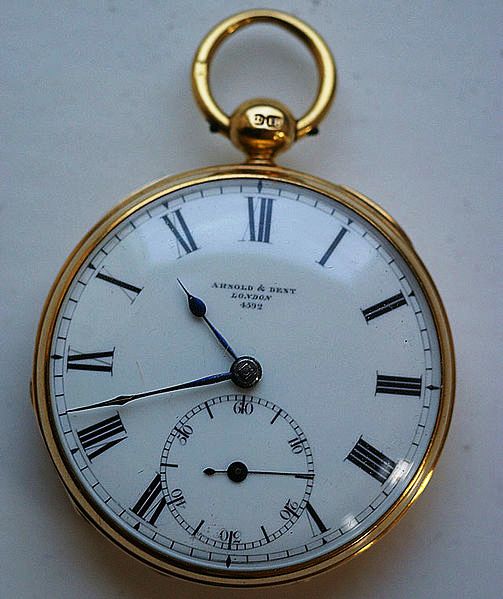 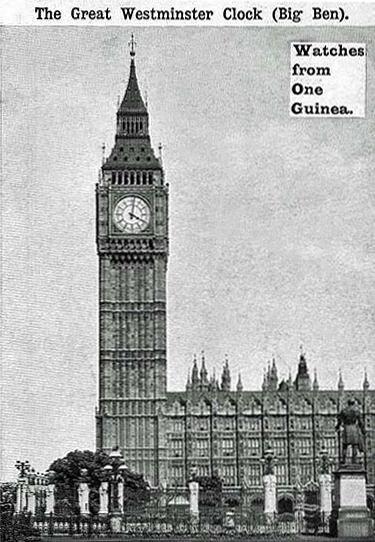 Clock and watchmaker Edward Dent had his workshop in Neal Street from 1804-1831. 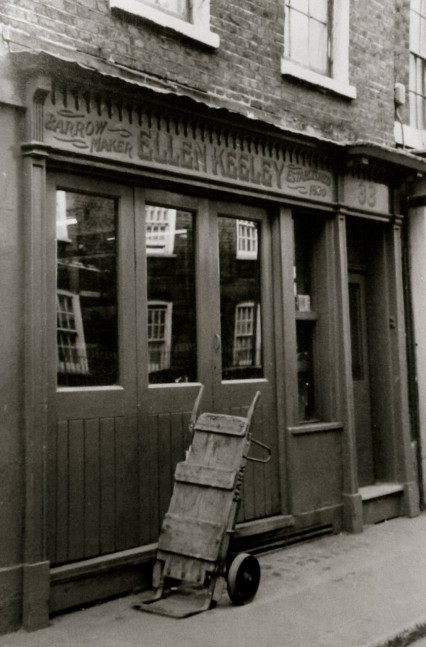 Costermonger and local character Ellen Keeley, whose barrowmaker son James invented and manufactured the 'shop on wheels', lived and worked in Neal Street. The business only moved out in 1982. 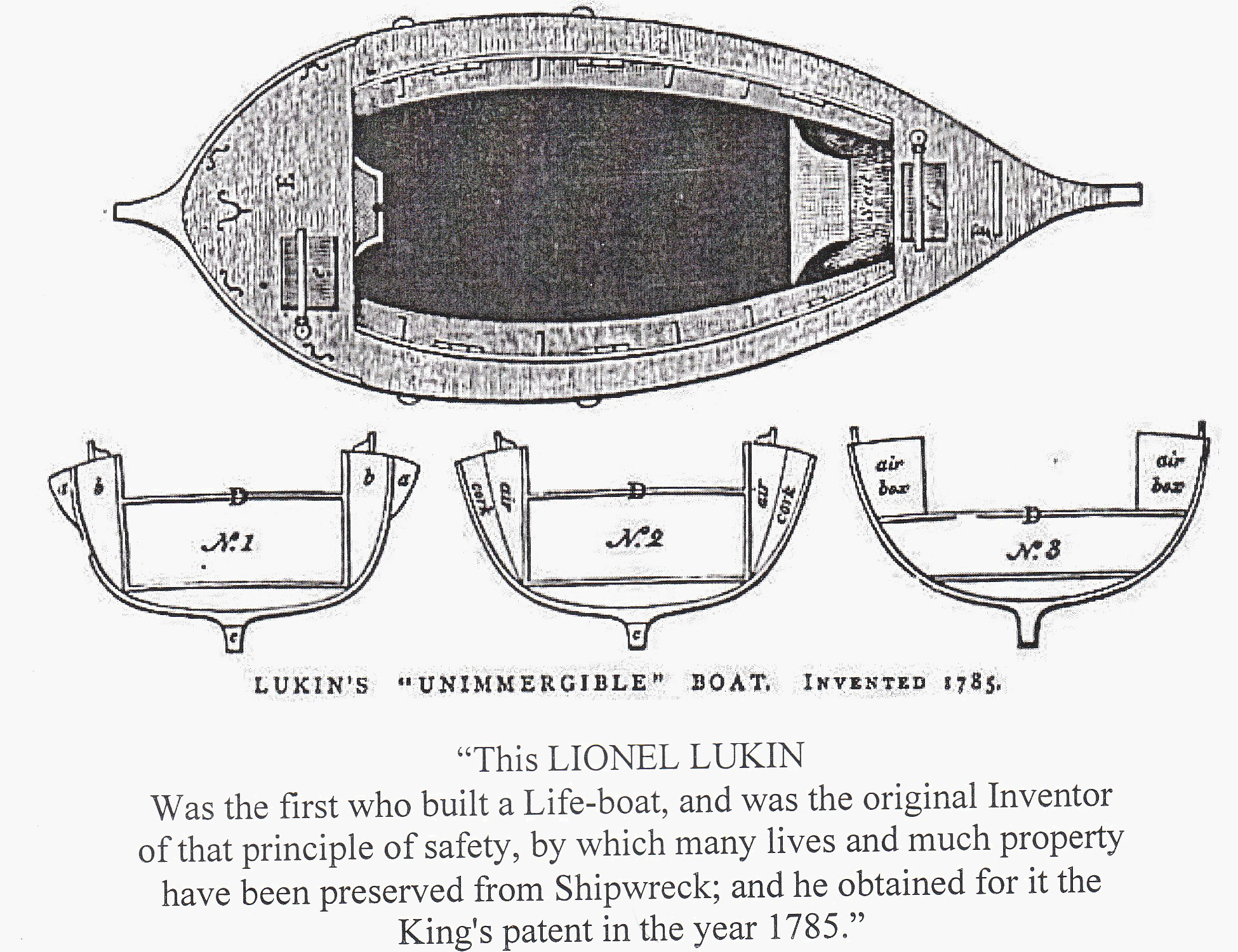 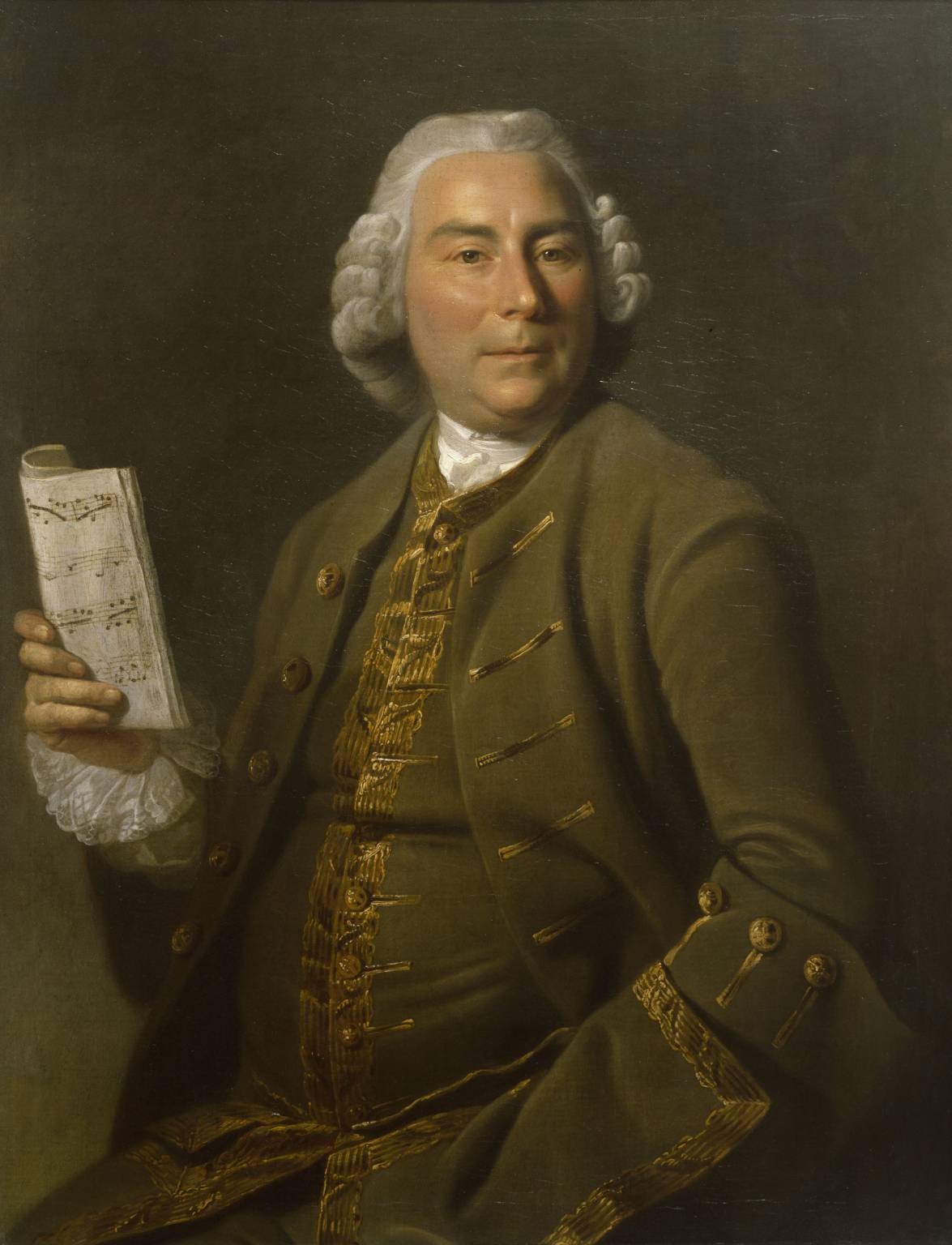 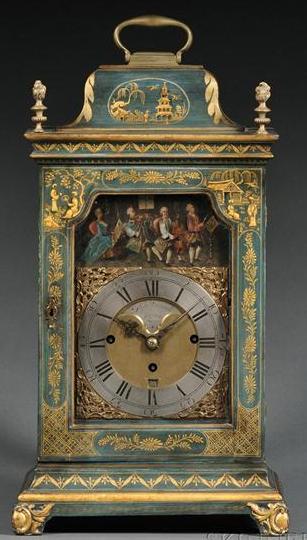 Another famous clockmaker, Stephen Rimbault was based in Monmouth Street from 1760-81. He employed the then starving John Zoffany to paint clock faces. Zoffany went on to become a Royal Portrait painter.

In addition to the People's Plaques, five Street History Plaques will be installed in the core streets of Seven Dials - Earlham Street, Mercer Street, Monmouth Street, Short's Gardens and on The Dials. Intended to provide a lively overview of the area to the many visitors, both domestic and international, who come to Covent Garden, the Street History Plaques draw on Steve Denford's research and feature social and architectural history as well as the story of the development of Seven Dials. Each plaque features historical illustrations and includes some of the names of local notables who do not have their own People's Plaque. 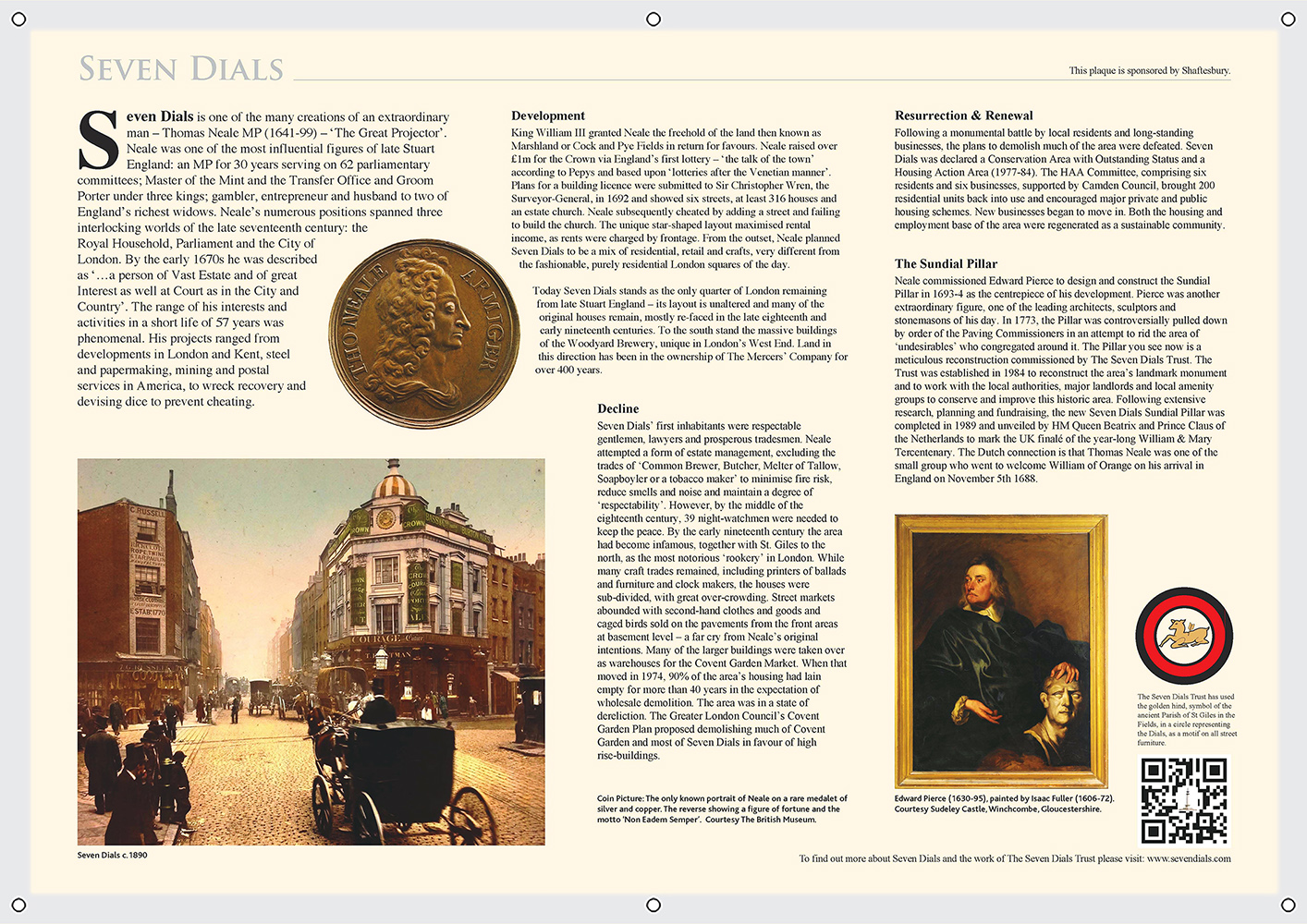 This example tells the story of the area's history and the two key figures of late Stuart England who created Seven Dials. Manufactured by Pryor Signs at A3 size.

The above plaque features images of:

Thomas Neale MP (1641-99) — 'The Great Projector', creator of Seven Dials, on a rare medalet of silver and copper, (his only known portrait), courtesy of the British Museum. 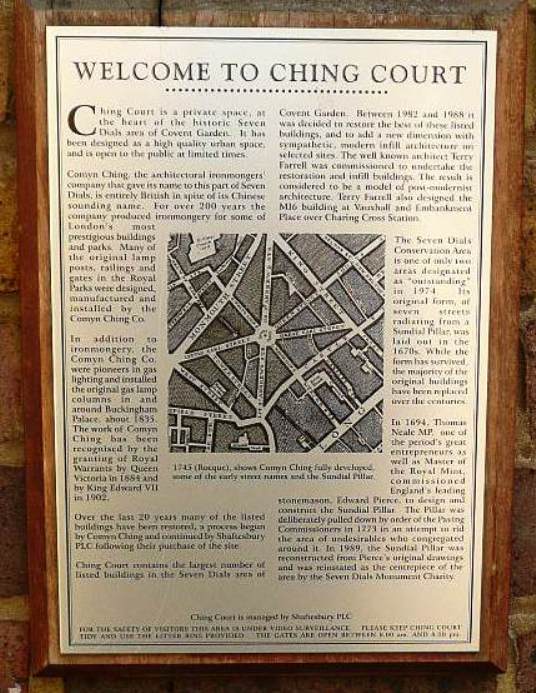 The only existing street history plaque in Seven Dials.

View the brochure on ISSUU

Read 16672 times
Published in All Projects
Tagged under
More in this category: « Updating the Seven Dials Renaissance Studies The Cross-Border Lighting Scheme Continues »
back to top