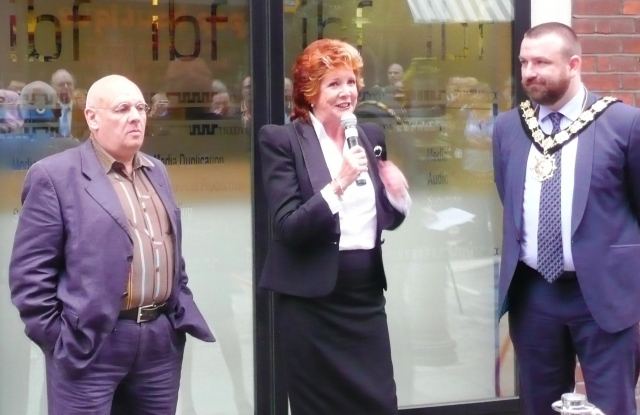 Dubbed the 'fifth Beatle' by John Lennon, the legendary pop impresario and manager Brian Epstein worked with the defining acts of a movement that came to be known as The Mersey Sound.

Among the artists managed by Brian Epstein were Gerry and the Pacemakers, Cilla Black and, of course, The Beatles.

The unveiling of this plaque by one of Epstein's protégées, Sixties pop royalty, Cilla Black, took place on 28th September 2010.

Reception sponsored by the Firmdale Hotel Group and hosted by the Covent Garden Hotel.