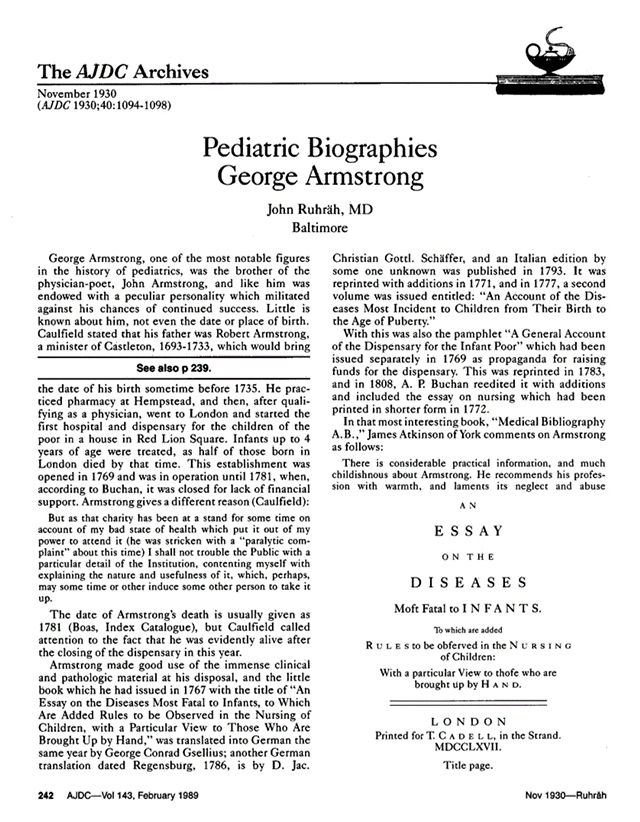 Location: No.4 King Street (demolished); No.194 Shaftesbury Avenue nearest building to the site;

Briefly home to a free dispensary for poor children, set up by George Armstrong, a Scottish physician whose work initiated the scientific study of paediatrics. Having observed his own children he wrote an Essay on the Diseases most Fatal to Infants, which ran to many editions. He set up the world's first hospital for sick children at Red Lion Square, Holborn in 1769, moving it to Soho Square, living in the same house (and putting his own family at risk of infection). Here he had medical men visit him, beginning the clinical teaching of paediatrics. The cost of providing the free service ruined him. He moved the dispensary to King Street on the strength of a loan from a crooked lawyer who took him to court for default. In the same year he was paralysed by a stroke and closed the dispensary.